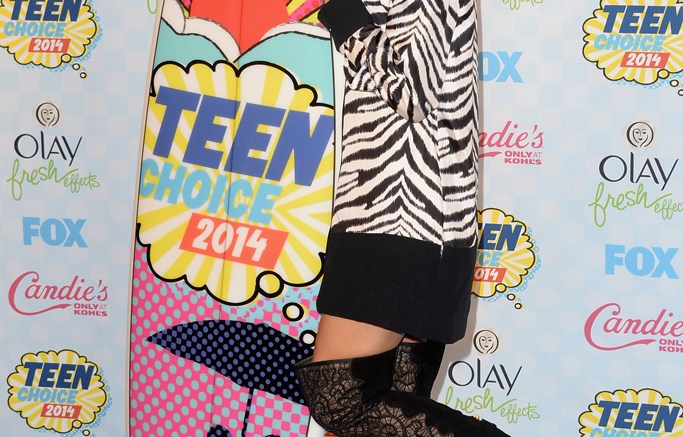 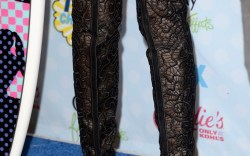 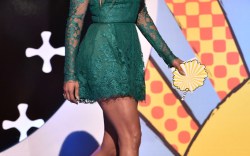 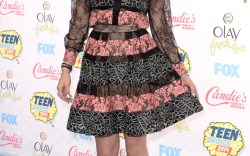 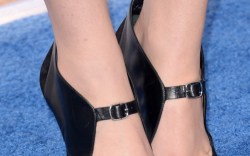 The 2015 Teen Choice awards are just around the corner and to celebrate the upcoming show, FN looks back at some of the best shoe looks on the red carpet from years past. This year, the show will be airing live on Aug. 16, and Ludacris will team up with “Jane the Virgin” star Gina Rodriguez and Josh Peck as co-hosts.

With Emma Roberts, Lea Michele, Keke Palmer, Jack Black, Sarah Hyland, Bethany Mota, Tyler Oakley, Gregg Sulkin and many more stars scheduled to appear during the broadcast, statements shoes are given on this year’s red carpet. But can they compare to the looks of Jennifer Lopez, Taylor Swift and Zendaya from 2014?

J.Lo had one of last year’s best moments on stage as she reunited with her “Maid In Manhattan” co-star Tyler Posey after 12 years, in Ermanno Scervino sandals, no less.

And although Zendaya was not a shoe designer in 2014, she knew just how to pick ’em — walking the carpet in pink Christian Louboutin pumps and winning Candie’s Choice Style Icon Award. The Disney star caught up with FN as she revealed her new footwear line last week, and it’s no surprise she’s often seen in Louboutin. “My black So Kate pumps by Christian Louboutin. I wear them everywhere,” she told FN on her most memorable onstage shoes.

Christian Louboutin is a Teen Choice Award red carpet mainstay. In 2011, both Kim and Kourtney Kardashian opted for the red-soled shoes, and so did  “Scandal’s” Kerry Washington in 2013. Last year, “Glee’s” Lea Michele chose a bold look in the designer’s Athena sandals paired with a Fausto Puglisi dress.

When it comes to onstage looks, Jason Derulo had a moment in Giuseppe Zanotti while he performed in 2014, and this year we can count on “Empire” star Bryshere Gray for an outstanding sneaker look — if his Teen Choice performance style is anything like his recent Billboard Music Awards showing. Gray, who plays Hakeem Lyon on the hit show, performed in gold Adidas Originals x Jeremy Scott Wings 3.0 sneakers.

The show will air on Sunday at 8 p.m. on Fox. Click through the gallery below to see more of the best looks from years past.