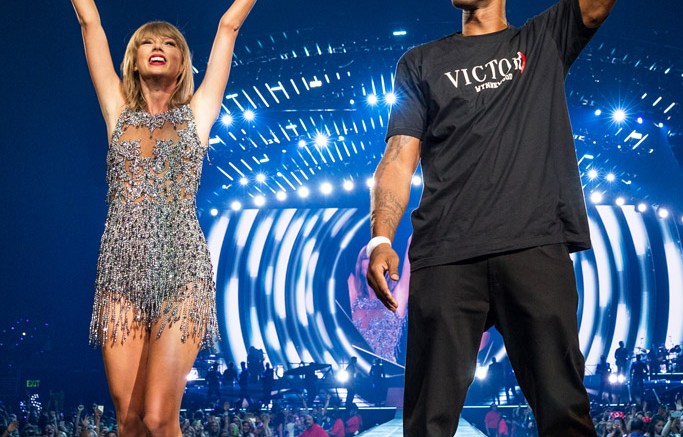 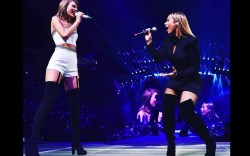 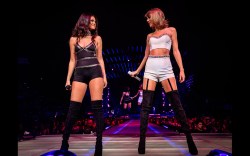 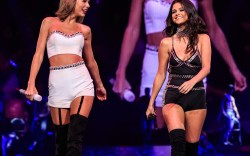 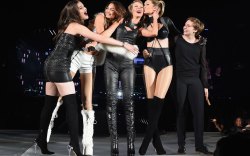 Taylor Swift‘s impressive roster of celebrity guests during her tour just keeps on getting bigger and better.

The star’s 1989 Tour has attracted everyone from the famous faces in her squad, like Hailee Steinfeld, Gigi Hadid, Cara Delevingne and Karlie Kloss, to fun guests like Julia Roberts, Chris Rock and Uzo Aduba.

Most recently, during shows in Nashville, Swift welcomed Mick Jagger and Leona Lewis to the stage. Lewis sang alongside Swift in thigh-high black boots.

While Swift herself has been dancing around in custom looks by Stuart Weitzman (from the Allegs thigh-high boot to the Gran ankle boots in a variety of sparkle embellished hues), her A-list guests have upped their shoe game as well.

Click through the gallery for the full array of Swift’s top guests strutting the stage in standout shoes.

Taylor Swift Kicks Off US Leg of 1989 Tour, Stuart Weitzman