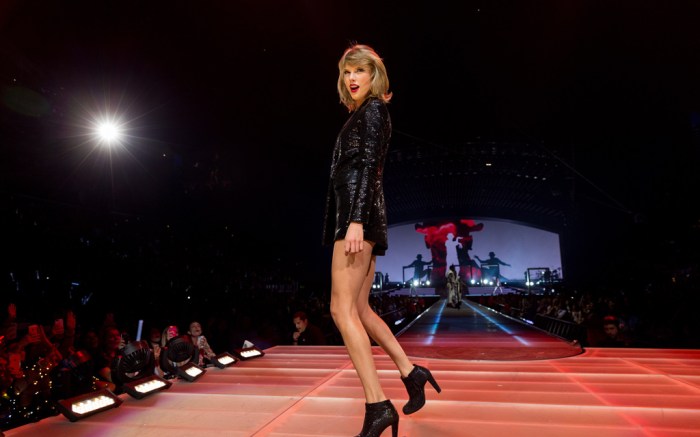 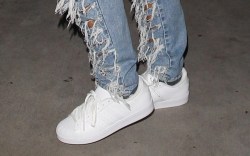 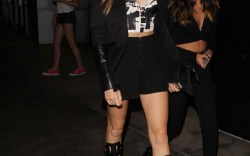 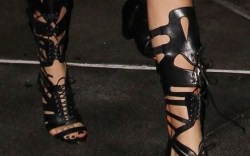 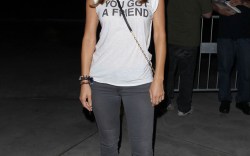 Taylor Swift’s 1989 World Tour is still going strong and this weekend Swift hit Los Angeles’ Staples Center for a series of concerts. Swift will be playing five—yes, five—concerts at the venue.

Inside the Staples Center, Swift took to the stage in several pairs of shoes by Stuart Weitzman, who has provided Swift’s footwear for the tour. In June, the designer caught Swift’s concert in Philadelphia. “If every woman had legs like Taylor, we would sell more shoes,” said Weitzman. He said his favorite style on Swift is the Allegs thigh-high boot.

Kobe Bryant, Mary J. Blige, writer, singer and producer Ryan Tedder, Uzo Aduba of “Orange Is The New Black,” Matt LeBlanc, Chris Rock and model Sean O’Pry joined Swift on stage. Over the course of her tour she’s invited the likes of Gigi Hadid, Andrej Pejic, Lena Dunham and many more to perform with her.

Click through the gallery to see photos from Swift’s LA concerts.