Taylor Swift, Karlie Kloss And More Step Out in Statement Shoes in London 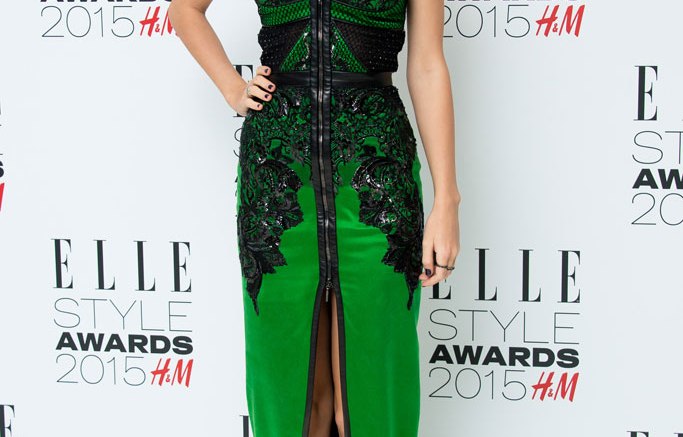 London Fashion Week may be over, but the shoe parade hasn’t slowed in the fashion capital.

Swift, wearing black Gisueppe Zanotti heels with a racy-lacy design by Julien Macdonald, attended the Elle Style Awards in a more sultry look than we’ve seen from the star, who is best known for alternating between casual Keds (she’s a face of the brand) and towering platforms (much more pop queen than seductress).

Check out the gallery above to see more from the stylish London night.

The “1989” singer won the coveted Woman of the Year award at the U.K. event, with fellow singer Sam Smith presenting her prize.

The previous recipient of this Elle award? None other than Swift’s frenemy Katy Perry.

Swift also caught up with BFF Karlie Kloss, who was co-hosting the World’s First Fabulous Fair to honor the Naked Heart Foundation.

Sponsored by Christian Louboutin, the fair involved a “Shoe Down,” where attendees such as Lindsay Lohan and Lily Donaldson could try to win a pair of shoes from the French fashion house.

Tell us your favorite footwear look from London at @FootwearNews.