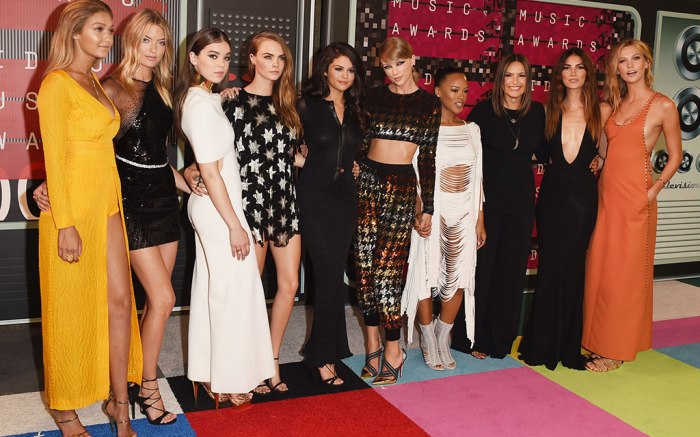 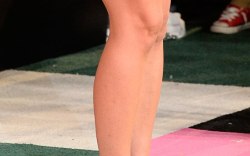 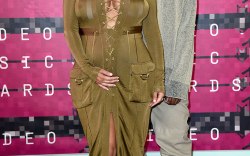 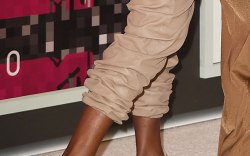 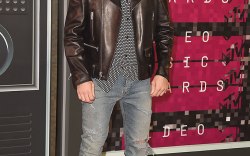 Taylor Swift is taking a quick break from her whirlwind 1989 World Tour to make an appearance at the 2015 MTV Video Music Awards. Naturally, Swift showed up with her tight-knit circle of friends and took the red carpet by storm.

Statuesque model Karlie Kloss opted for a pair of metallic strappy flat sandals that are both chic and comfortable for walking the red carpet. Selena Gomez, who just appeared onstage with Swift at one of her five Los Angeles concerts, walked the red carpet in strappy black Aquazzura platform sandals.

Click through the gallery to see more shoe looks from the MTV VMAs red carpet.