Who Had The Top Shoes at Paris Fashion Week? 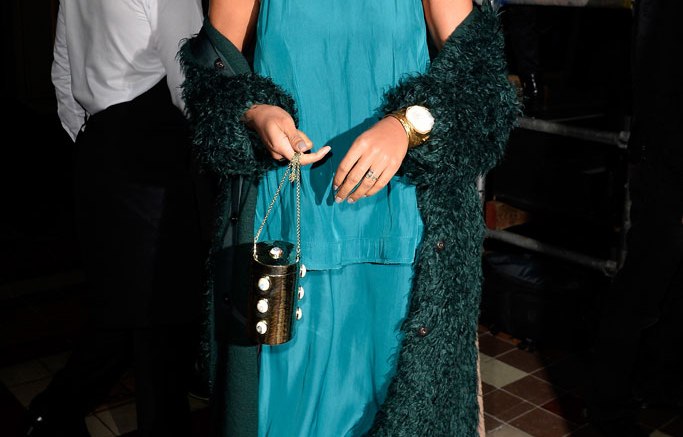 Who’s the best shod on the front row? It’s the topic of conversation this morning after a busy – and celeb-filled – day at Paris Fashion Week, where the stars are out in full force to see what designers in the French fashion capital have to offer for fall ’15.

While Thursday was as much about the hair – Kim Kardashian and Jared Leto both debuted platinum blonde styles as they sat front row at Balmain and Lanvin – as the shoes, there’s no prize for guessing which one FN’s still discussing. Kardashian played down her shoes earlier in the day at Balmain, opting for a simple black pump with black tights combination before switching it up to sexy sandals at night, while Leto eschewed typical runway style in favor of practical winter boots, which he kept on for both shows.

But the best shoes? Well, that honor goes to Solange Knowles, always ahead of the trend in impeccable style. Beyonce’s younger sister donned fringed, citrus-hued sandals by Aquazzura called ‘Wild Thing’ in the front row beside pal Kelly Rowland. Rowland has also been making the rounds at fashion week, where she stepped out wearing metallic silver pumps with a black jumpsuit at the Barbara Bui presentation. Other notable attendees included Anna Wintour and cinema star Catherine Deneuve.

Check out our gallery for all the shoes straight from the shows this fashion month, and let us know which city has the best front row style. New York, London, Milan or Paris – whose feet are chicest? Tell us at @FootwearNews