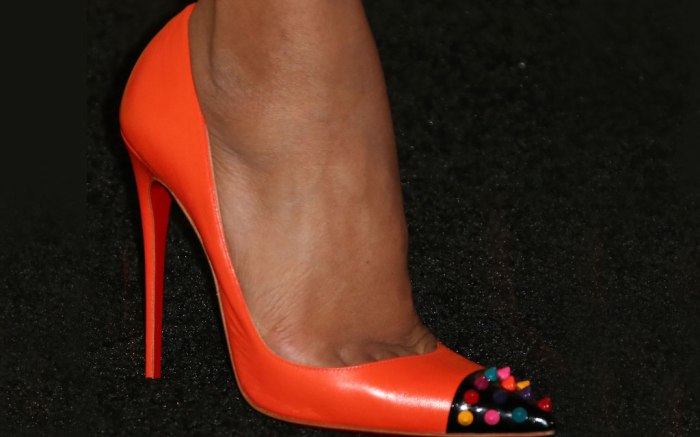 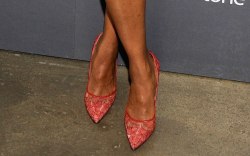 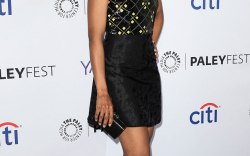 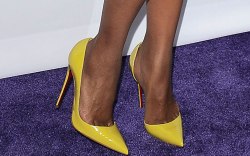 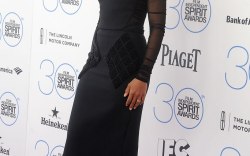 No doubt fervent fans (or Gladiators, as they are affectionately referred to by star Kerry Washington) of ABC’s “Scandal” are counting down to the Jan. 29 premiere of Season Four. Creator Shonda Rimes wrote the episode herself, so expectations are even higher.

Full disclosure: I do not watch the show. But I do pay attention to what Kerry Washington wears on her feet. Unlike many on the red carpet, Washington dresses in styles that actually show off her shoes, and those shoes are never boring. I’m also impressed with her pain threshold, as she often steps out in Christian Louboutin’s most pointy of pumps. Vertiginous and scaling at least five inches, they aren’t for sissies and fall into a category I like to call S-Word Footwear: single-sole, sitting shoes.

“Scandal” costume designer Lyn Paolo recently told FN that picking her favorite shoe moments from the show is a challenge.

“Gosh, that is such a difficult question to answer. Loving accessories as I do, I am always looking for new shoes for all of our characters. What I love about [the show], though, is that one moment I am buying Christian Dior pumps for Olivia Pope, and the next I’m buying combat boots for Huck. I love that this show has such a wonderful range of characters.”

When not shooting, Washington, who, along with Paolo, picked up an ACE Accessory Council’s Influencer Award in 2014, revealed to FN that her choice of off-duty footwear is as sensible as they come. “I have my Birkenstocks that I still love,” she said. “But I don’t wear them with socks.”

Guess the socks-and-sandals look is better suited to the Milan runways. But maybe viewers can expect to see Olivia Pope in zippy trainers soon? The first episode of the season is titled “Run.”

Click through for a look back at Washington’s standout shoe moments over the past 12 months.