Rihanna Becomes A Dior Girl; Plus, The Star’s Shoe History 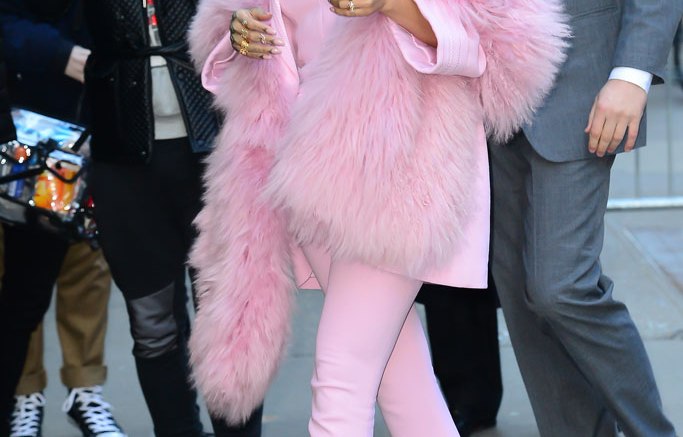 Rihanna is set to star in Dior’s latest “Secret Garden” video. The fourth installment of the series was filmed in Versailles and shot by Steven Klein, according to WWD.

It’s no secret that the “We Found Love” singer is something of a fashion plate — she was the first to step out in Alexander Wang’s brand-new serrated boots for fall ’15 just days after the designer’s NYFW presentation, and then she debuted furry slippers by Simone Rocha just as that trend accelerated at the end of Fashion Week.

So it’s no surprise that she was chosen to front the French fashion house’s successful vid. (The latest installment of the series, shot by Inez and Vinoodh, has amassed more than 9 million views at the time of this posting and features a must-have pair of over-the-knee boots.)

The singer joins Jennifer Lawrence and Natalie Portman as a rep for Dior, and she’s the first black woman to appear in the series.

The style star has had a busy few months, first picking up creative duties at athletic brand Puma late last year. The 27-year-old announced the news of the partnership with a simple selfie captioned “Hello #Puma.”

And just today, Rihanna arrived at “Good Morning America” wearing a dainty pair of Louboutins with a bubblegum pink suit, a departure from her usually urban off-duty aesthetic. For more of RiRi’s best shoe looks, check out the gallery above.