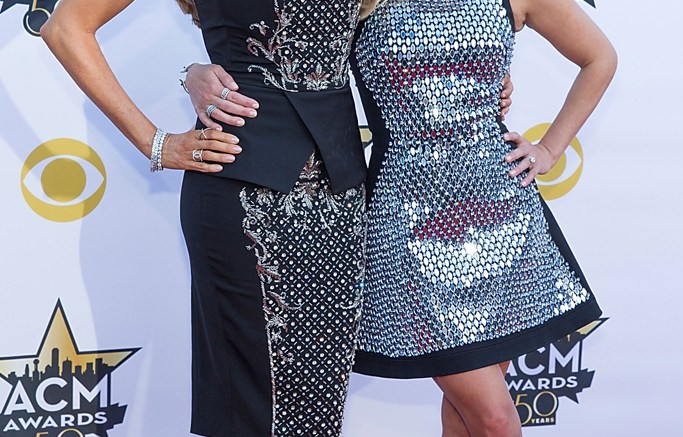 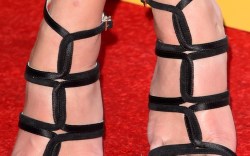 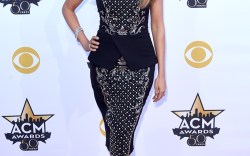 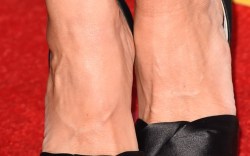 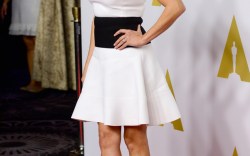 Reese Witherspoon and Sofia Vergara are Hollywood’s latest BFFs, currently making the rounds together to promote their new comedy, “Hot Pursuit.” Between the Oscar winner’s sophisticated style and the “Modern Family” star’s Colombian good looks, FN had no choice but to call for a fashion face-off.

Each of these stars brings a different shoe style to the contest, but they’re both fans of Christian Louboutin.

At Univision’s “Despierta América,” one of their latest promo stops, both wore Louboutin heels. Witherspoon opted for sleek white pumps to go with her pink dress, while Vergara wore black platform peep-toes. They both also wore the French designer on stage at the MTV Movie Awards. Witherspoon chose the Dalida style in bright orange, and Vergara once again wore black platform peep-toe pumps.

In the film, Witherspoon plays an uptight and by-the-book cop protecting a drug lord’s widow, played by Vergara. The Colombian actress recently went on “The Ellen Show” to talk about the movie and how funny it was to hear Witherspoon speak Spanish. Watch below:

Witherspoon seems to favor classic pumps and simple sandals paired with a pop of color.

Vergara’s statement-shoe looks include plenty of platforms with glitter and other embellishments.

Who do you choose for this round of FN’s shoe-down?

Check out the gallery and vote in the comments below.