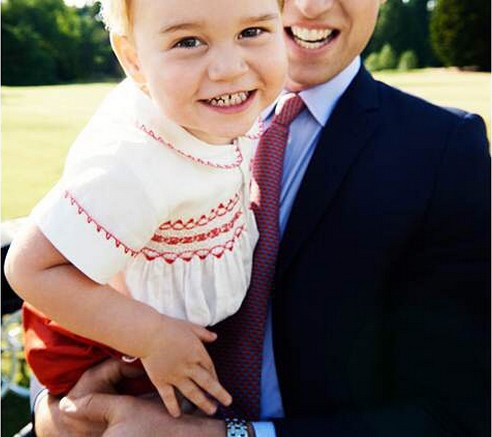 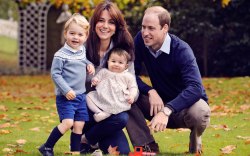 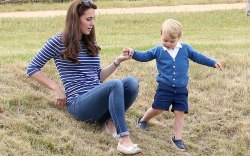 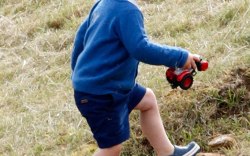 Britain’s Prince George is celebrating his second birthday today — though it seems like only yesterday that the world was eagerly awaiting the birth of the future king. Who could forget the Great Kate Wait?

Ever since baby George made his big debut with parents William and Kate outside London’s St. Mary’s Hospital, the chubby-cheeked Windsor has captivated his fans — and the fashion world — with his charmingly classic style.

When it comes to his footwear, the little prince has shown a preference for English heritage brands, among them Start-rite, which has been worn by generations of his royal relatives. For his first Christmas portrait, taken on the steps of Kensington Palace, George donned the brand’s Joe T-bar shoe in navy blue leather. The same style was spotted on the little prince several more times, including in his sister Charlotte’s newborn portraits and in his own second-birthday photos, shot by Mario Testino.

During his first official tour through Australia and New Zealand in the spring of last year, George, who is third in line to the throne, sported several pairs of Early Days baby shoes, including the Alex button-strap style in cream leather. At a playdate at Wellington’s Government House in New Zealand, he paired his Rachel Riley smocked shortalls with the Early Days Alex shoe, this time in navy.

Last month, the toddler turned out in a pair of navy blue Crocs at the Gigaset Charity Polo Match in Tetbury, England. He gave the shoes quite a workout as he ran and tumbled around the grass with mom Kate in tow.

While George marked his first birthday with a big Peter Rabbit-themed party at Kensington Palace that was attended by Queen Elizabeth and Prince Charles, this year, he’s said to be having a more low-key celebration with his parents at home at Anmer Hall in Norfolk.

Click through the slideshow below for all the images of Prince George.