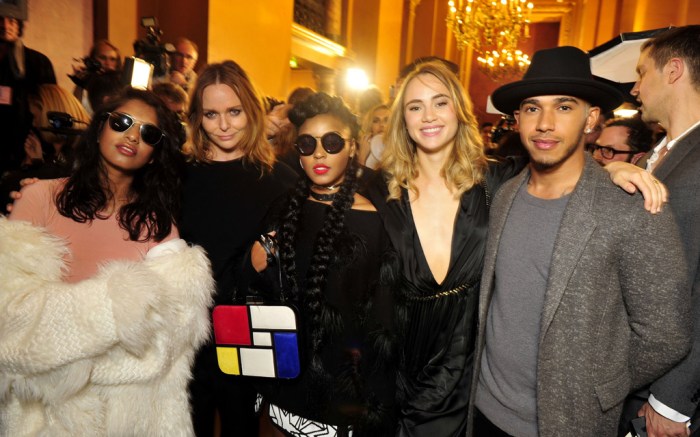 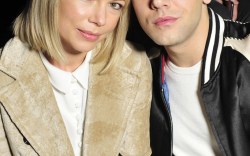 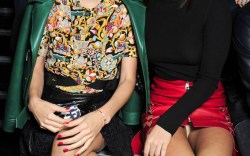 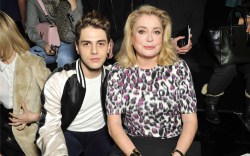 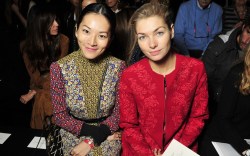 Paris Fashion Week always draws some of the biggest names to the front row.

On Monday, Stella McCartney drew quite the star studded crowd. Suki Waterhouse, Jessica Hart and Maria Sharapova stepped out for the big occasion. M.I.A. also made her second Fashion Month appearance at the McCartney show.

This weekend, Zendaya landed in Paris and was spotted twice in the front row already. The newly minted shoe designer was at the Kenzo and Emnauel Ungaro show on Sunday.

As always, Dior had a big showing with names like Elizabeth Olsen and Anna Dello Russo in the front row. But the real star of the show there was the brand’s new face, Rihanna.

While the Balmain Army was definitely on the catwalk at Paris Fashion Week, there were plenty of big names and faces in the front row too.

Chloé hosted its spring ’16 show this morning and had a very fashion forward front row. Laure Heriard Dubreuil, the brains behind the tastemaker-retailer The Webster, was on hand, wearing bold prints and a pair of standout heels. Chiara Ferragni was also spotted, decked out in a sweater and overalls. Jada Pinkett Smith’s bright yellow coat and cool-girl sandals definitely put her in a league of her own in the Chloé front row.

Click through the gallery to see who else we’re spotting sitting front and center at Paris Fashion Week.