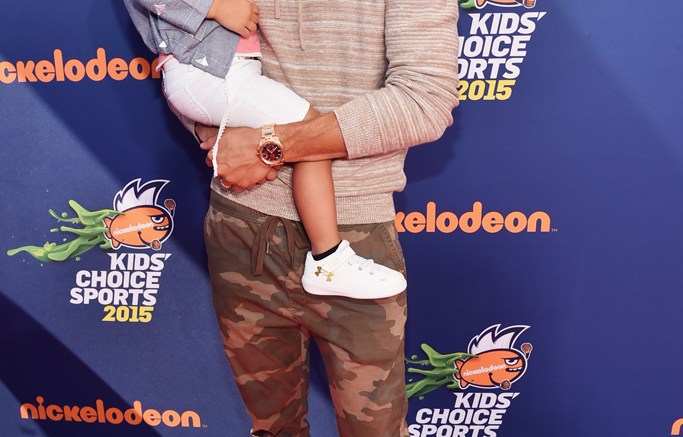 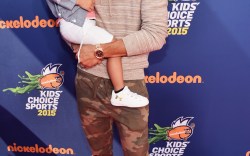 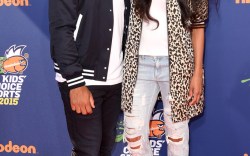 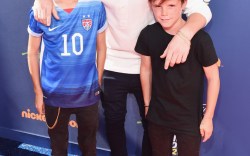 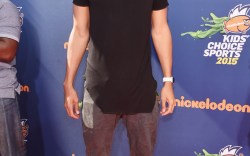 Fittingly, the kids stole the show on the orange carpet at Nickelodeon Kids’ Choice Sports Awards. The Beckham boys were the epitome of cool — eldest son Brooklyn wore the Adidas Yeezy Boost 350, while his younger brothers wore Supra and Jordan.

Ciara, who recently became brand ambassador for Topshop, was casual in ripped jeans, a cheetah-print jacket and strappy sandals. Derek Jeter toted along his nephew Jalen, who looked adorable in a blazer, jeans and mirrored shades, which he paired with Nike sneakers. His uncle wore Saint Laurent leather low-tops.

Stephen Curry brought along daughter Riley. The two wore matching Curry 1 Under Armour sneakers — aw! Curry, whose Golden State Warriors took the NBA Championship in June, won the award for Clutch Player of the Year. He also was honored for having the “Sickest Moves.”

Click through the slideshow to see more looks from the Kids’ Choice orange carpet.