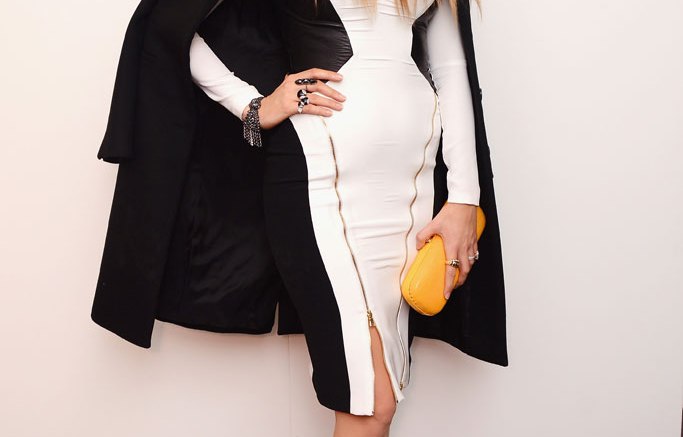 There’s almost too many shoes — and celebs — to discuss at New York Fashion Week, and it’s only day two.

On Thursday, Kanye basically dominated the airwaves, and a chilly Manhattan, with the launch of his Yeezy 750 Boost line with Adidas. ‘Ye called in some of his nearest and dearest, including wife Kim Kardashian, Jay-Z and Beyonce, Rihanna, Alexander Wang, Diddy and Anna Wintour to fete the occasion. As expected during the February show cycle, boots played a big role on the Frow, with the rappers wearing Timberland boots and Rihanna opting for lace-ups, Wintour also chose a knee-high style. But Beyonce? She knows no style limits: the Queen B stepped out in platform sandals (click into our gallery to see the designer).

Then there was Blake Lively, who has been in the news mostly for keeping her new baby’s name strictly classified (reports on Thursday suggested Mrs. Ryan Reynolds has called her little girl “James”). Lively arrived at the Gabriela Cadena show wearing pointy heels by Christian Louboutin and a figure-skimming dress by the runway designer. Adriana Lima and Paris Hilton also attended the presentation.

For the men, singers Joe Jonas and Cody Simpson upped their winter footwear games in time for the shows.

Sarah Jessica Parker took a front row spot, as did Katie Holmes and model Coco Rocha. See the top shoe moments at the shows in our gallery above.