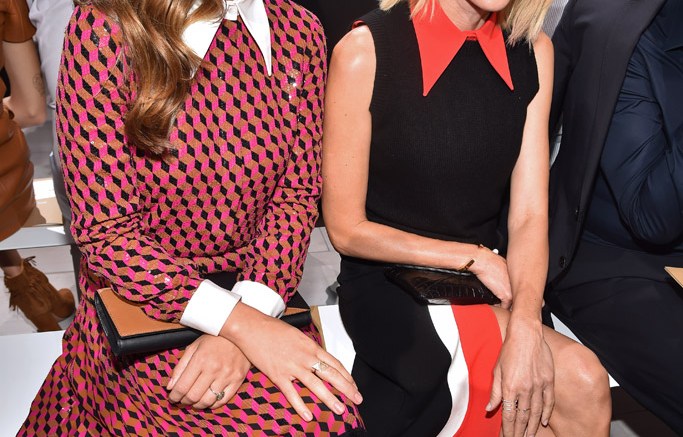 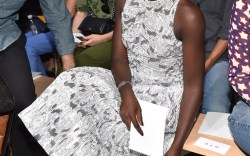 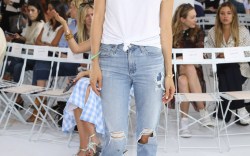 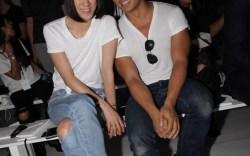 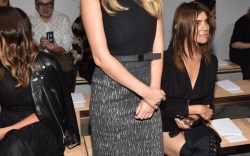 The first day of New York Fashion Week was as celebrity-filled as expected. From Desigual to BCBG Max Azria and Creatures of the Wind, the fashion fans were out in force on the front row.

Perhaps the biggest surprise of Day 1 was the early spotting of Kanye West, who stepped out for an appearance at Vogue Fashion Fund finalist Brother Vellies presentation.

Creatures of the Wind attracted several big names, including Tavi Gevinson and “The Sartorialist” blogger Scott Schuman. Desigual also had quite the mix of fans on hand, including Iris Apfel, Laverne Cox and Karolina Kurkova, who was wearing Tamara Mellon sandals.

Coco Rocha was spotted at several front rows. She attended the Paul Frank Industries show with her baby daughter, Ioni James, and also was spotted at Marissa Webb’s show, along with several other buzzy celebrities. Alyssa Milano was on hand for Webb’s show, as was new Instagram team member Eva Chen. Chen chose detailed sneakers for the show.

The front row of Lauren Conrad’s first New York Fashion Week runway show was one of the most-buzzed-about yet. Chrissy Teigen, queen of social media, arrived in a pair of sky-high strappy booties. Also spotted in the front row was former Nick Jonas beau Olivia Culpo, along with Ashley Tisdale.

Stay tuned to see who else hits the front row of Fashion Week — and click through the gallery to see the stars so far.