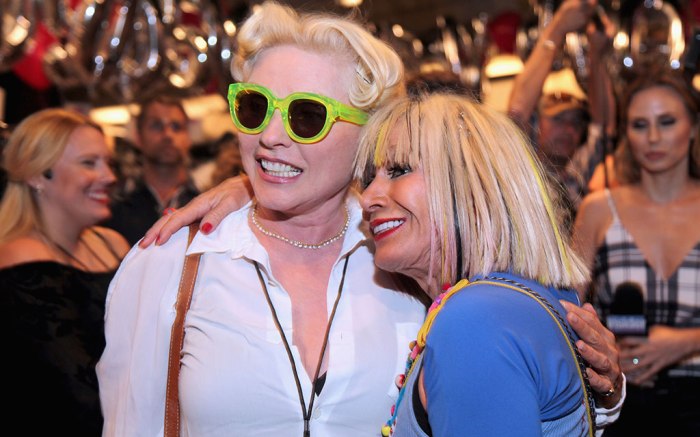 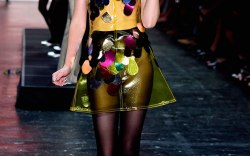 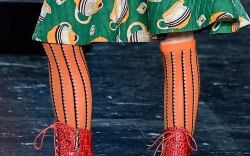 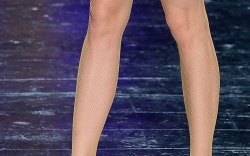 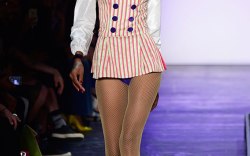 Celebrities piled in for one of New York Fashion Week’s most entertaining shows, one complete with the color pink, cartwheels, splits and balloons — you guessed it — Betsey Johnson spring ’16.

The Curious Case of Betsey Button celebrated the colorful designer’s 50th anniversary and brought out a heavy showing from the cast of “Orange Is The New Black.” Lea DeLaria, Jackie Cruz, Emma Myles and Emily Althaus all sat front row. As did long-time Johnson fan, Debbie Harry.

On the reality TV side, “The Real Housewives of New York City” stars Luann de Lesseps, aka the Countess, and Kelly Bensimon sat side-by-side. “Rich Kids Of Beverly Hills” star EJ Johnson was also on hand.

So far NYFW has had a major celeb turnout with front row sightings and it is only day two.

Lauren Conrad’s first New York Fashion Week runway show was one of the most-buzzed-about yet. Chrissy Teigen, Olivia Culpo and Ashley Tisdale were among the celebrities seen at the event.

Stay tuned to see who else hits the front row of Fashion Week, and click through the gallery below to see all the runway and shoe highlights from Betsey Johnson’s show.