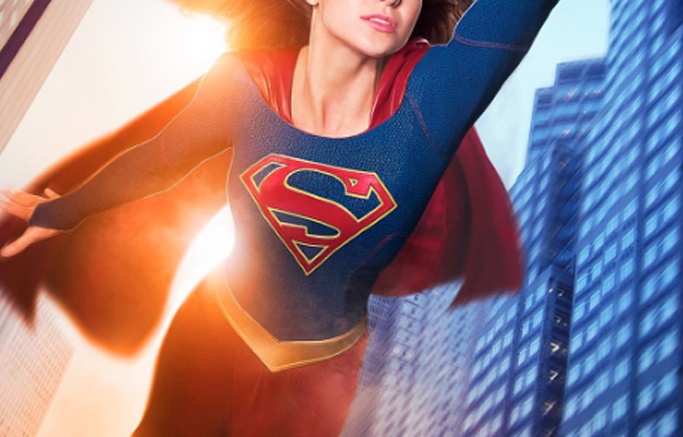 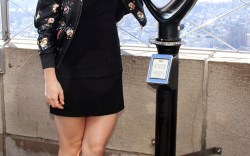 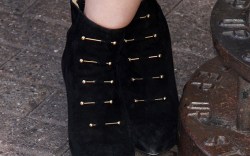 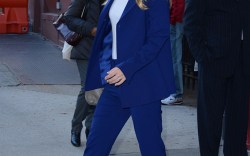 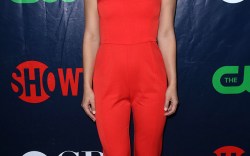 “Supergirl” has taken flight — and it’s off to a great start. Leading up to the premiere of CBS’ new hit show, star Melissa Benoist made her press rounds in New York City while showing off her celebrity shoe style.

Benoist was seen on “The Late Show With Stephen Colbert” in a pair of black patent d’Orsay pumps talking “Supergirl” and the show’s feminist stance. The soon-to-be household name was also seen earlier in the day heading to more talk shows in white Casadei  heels.

The former “Glee” star switched up her look with more of an edge when she visited the Empire State Building in black ankle boots.

“Supergirl” is based on the DC Comics character Kara Zor-El, Superman’s cousin, and follows her journey as she embraces her true identity after hiding her super-human powers for 12 years. Calista Flockhart, Mehcad Brooks, Chyler Leigh, Jeremy Jordan and David Harewood also star.

With its debut on Monday night, “Supergirl” is tied with NBC’s “Blindspot” for fall’s No. 1 series premiere in the key young-adult demographic.

This won’t be the last time we seen Benoist, but meanwhile, click through the gallery below to see her most recent shoe looks.

Sandra Bullock In Stuart Weitzman, Amal Clooney In Jimmy Choo For ‘Our Brand Is Crisis’ Premiere