London Fashion Week’s MVP? Alexa Chung And All Those Shoes 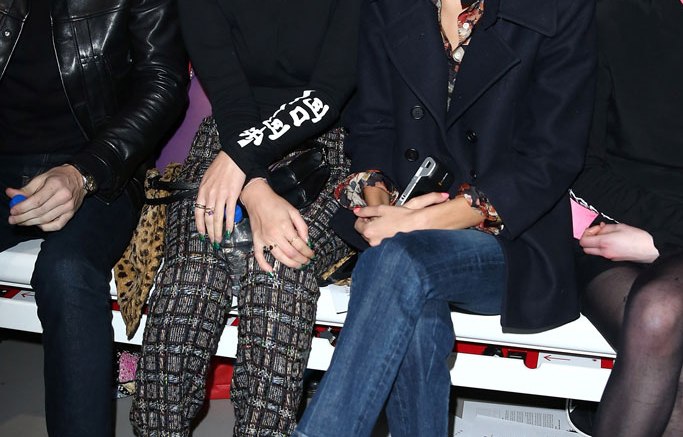 Fashion’s favorite international It Girl has been busy throughout London Fashion Week, and FN applauds her street-smart style, which is utterly wearable (something of note among the glitterati) this winter.

Chung started off strong at the New York presentations, where she was frequently seen mingling on the front row in short ankle boots — sometimes in suede with buckle detailing and other times in patent. When the London collections commenced, the fashion plate traded in her jeans (she did just collaborate on a collection with AG) for ladylike skirts paired with leopard-print heels or vertiginous black styles.

Take a look at our gallery to see all the stars at Fashion Week so far.

The Brit style icon is no stranger to shifting trends in this fast-paced industry. In addition to her collection with AG, she has also partnered with Madewell. Then Chung “wrote the book” on style in “It,” published in 2013. The book gave readers a peek into the frenzied life of a fashion muse.

Chung did come under fire earlier this week for her comments on Patricia Arquette’s red carpet style during a post-Oscars fashion roundup.

“She’s had 12 years to think about this dress, and that’s what she came up with?” Chung said of the actress’ black-and-white Rosetta Getty gown. Speaking to Sky News, Chung also admitted to not having seen many of the nominated films.

Who was your best-shod at this year’s show? Tell us @FootwearNews.