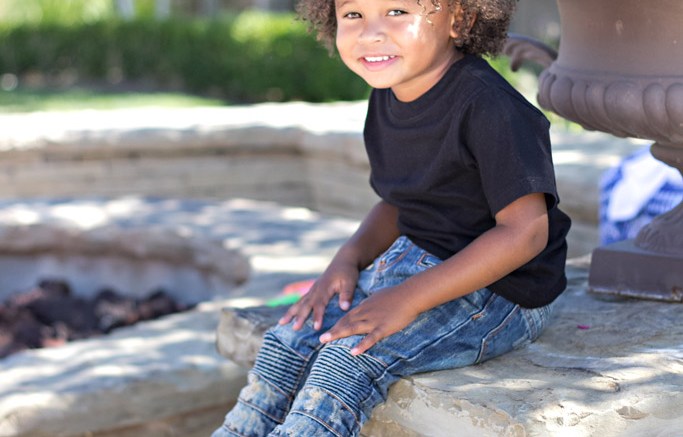 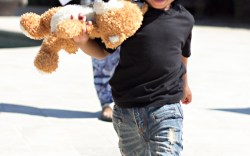 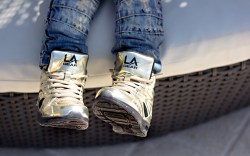 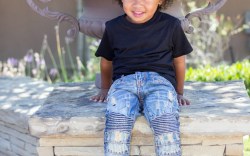 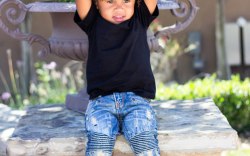 Platinum-selling rapper Tyga and his son, King Cairo Stevenson, have more than genetics in common. The duo also shares a love for the Tyga-endorsed L.A. Gear Liquid Gold Lights Ups.

Tyga announced a partnership with the iconic L.A. Gear shoe company earlier this year and has since been at the forefront of a number of the brand’s shoe launches.

Now, King has made his modeling debut rocking one of two new kids’ styles that were inspired by the tiny tot and released by L.A. Gear for back-to-school.

In a series of promotional shots, King dons the Liquid Gold L.A. Light Ups, which are currently sold at West Coast-based retailer Shiekh Shoes. The other release in the kids’ relaunch is a metallic, pink-colored pair dubbed the Liquid Berry L.A. Lights.

L.A. Gear President Lance Jackson told Footwear News in April that Tyga is as passionate as the company’s executive team about pushing the L.A. Gear brand back into the limelight, similar to its ‘90s heyday.

“We started talking with Tyga about a year and a half ago. He’s from L.A. and has a great fashion sense and he shares our vision for the brand,” Jackson said.

L.A. Gear shot to shoe stardom in the ‘80s and ‘90s with endorsements from celebrities and athletes like Paula Abdul, Michael Jackson, Belinda Carlisle and Wayne Grezky.

Tyga’s girlfriend, Kylie Jenner, has also made her foray into the shoe industry, announcing a footwear line with sister Kendall Jenner earlier this summer.

Click through the gallery to see more photos from the shoot.