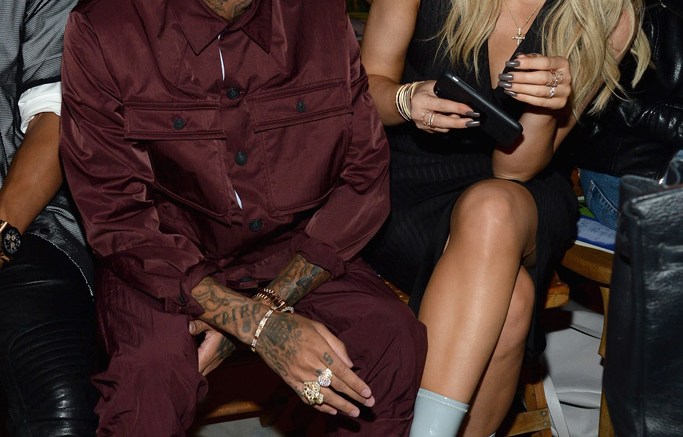 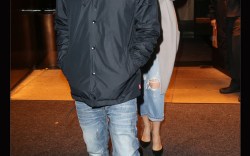 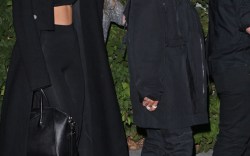 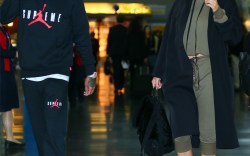 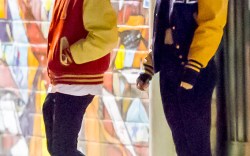 These days, where Kylie Jenner goes, Tyga follows. The shoe-loving couple have been linked since earlier this year and have been seen out together from New York to Los Angeles ever since. Jenner has a room in her home dedicated to shoes, so it’s no surprise that she practically wears a new style every day.

For her 18th birthday in August, Tyga famously gifted Kylie a white Ferrari. A crowd gathered outside the party to watch Jenner react to the surprise. At the party, Jenner wore Gianvito Rossi Portofino nude sandals, while Tyga opted for red sneakers.

The couple was also spotted wearing matching gray Yeezy Boost 350s while traveling together. Recently, Tyga debuted the Supreme x Air Jordan sneakers, which he has in multiple colorways. Kylie is a sneaker fan too—she’s been seen wearing Nike Dunk High sneakers and Converse while out with Tyga.

It’s only a matter of time before the couple will be spotted in the next colorway of the Yeezy Boost 350, which will be released Nov. 14.

Click through the gallery to see more of the couple’s shoe style.

The Adidas Yeezy 950s Are Nearly Sold Out

Is The Supreme Air Jordan 5 The New Must-Have Sneaker?