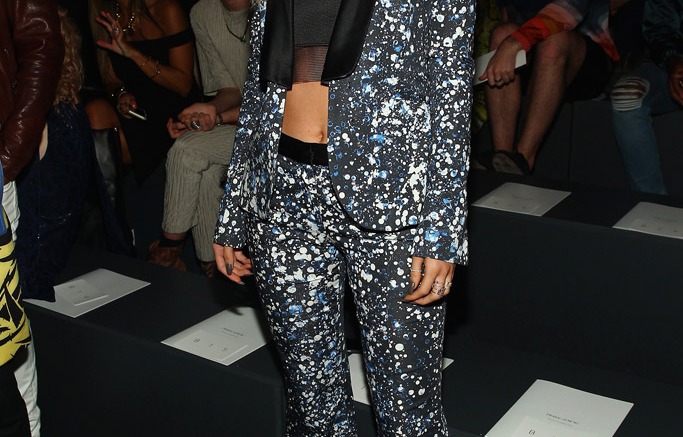 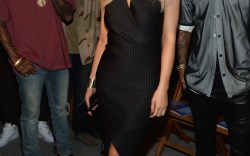 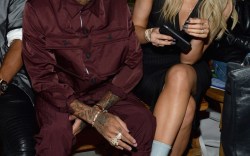 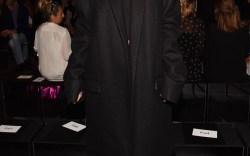 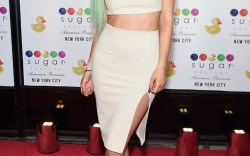 Kanye West showed his Yeezy Season 2 show on Wednesday and Kendall Jenner has walked in major shows including Givenchy and Michael Kors. Still, that’s not stopping Kylie Jenner from making her own mark on New York Fashion Week.

The 18-year-old has sat front row at the Vera Wang, Prabal Gurung, Opening Ceremony and Alexander Wang shows. At night, she partied with her sisters and boyfriend Tyga. On Wednesday, she hosted the opening for the Sugar Factory’s Meatpacking Distrcit restaurant opening.

Jenner was partial to her Dior powder blue latex boots with Lucite heels, which she wore at the Opening Ceremony show and out and about in New York with sister Kim.

For the Alexander Wang show, Jenner sported a pair of Wang’s chunky platform black boots. At Sugar Factory, Jenner wore a pair of Alexandre Birman pre-fall ’15 python and suede stitched sandals that she paired with a cream crop top and skirt.

Jenner wasn’t spotted sitting in the front row at West’s Yeezy Season 2 show—that’s because she walked in it with friend Bella Hadid.

Click through the gallery to see more of Kylie’s NYFW shoe looks.