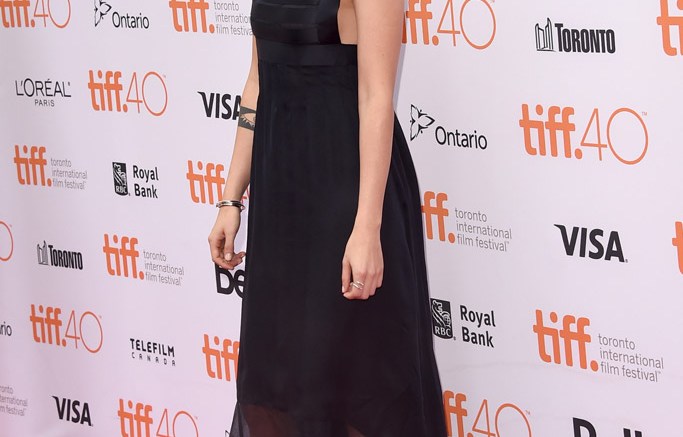 Kristen Stewart was not always a fan of wearing shoes on the red carpet.

Enter a new stylist or a change of heart, but lately the “Twilight” star has been stepping out in some standout styles, instead of kicking her heels to the curb in favor of casual Converse.

The star has been spotted in a handful of looks, including a strong showing by Christian Louboutin. From classic black strappy stilettos, to a metallic silver pair, to a t-strap style with embellishments, Stewart is definitely a fan. She also hit the carpet in blade pumps by Casadei.

But the star went back to her old ways at the Venice Film Festival in September, where she was photographed barefoot with her Louboutin heels on the floor.

The celebrity, also known as Bella Swan, hit headlines this week because “Twilight” is celebrating its 10th anniversary. As a party favor, author Stephanie Meyer reimagined the story and gender swapped the lead characters – Bella and Edward (Robert Pattinson.) “Life and Death: Twilight Reimagined” is now a 442-page novel.

Click through the gallery for a full look at Stewart’s shoe (and shoeless) style.

Kristen Stewart Ditches Her Heels And Other Barefoot Stars