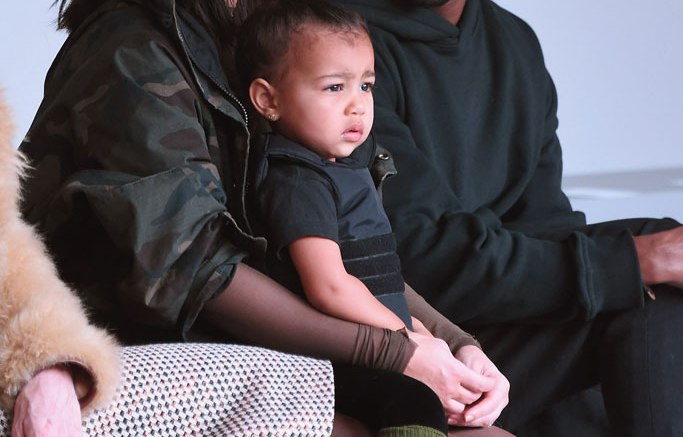 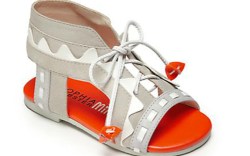 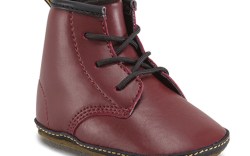 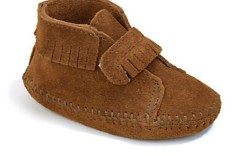 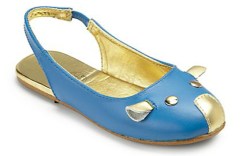 It looks like North West is going to be a big sister. Kim Kardashian and Kanye West are expecting their second child. The news was revealed during Sunday night’s mid-season finale of “Keeping Up With the Kardashians.”

“I just got the blood test back, and I am pregnant!” the expectant mom said in a teaser for the upcoming episodes. Fans, including Kris Jenner, immediately took to Twitter and Instagram to spread the news and give their congratulations.

It’s no surprise that the couple’s daughter, North, has great style. She’s often seen wearing brands like Akid, Dr. Martens, Charlotte Olympia and Timberlan. So it’s safe to say her future sibling will be set on the shoe department, too.

Back in April, Kardashian talked to Vogue, saying, “[North’s] really particular about what she likes to wear — she’s such a girlie girl. Every day, she wakes up and says ‘shoes.’ You have to bargain with her — before you change her diaper, she needs a pair of shoes on.”

In keeping with Kim and Kanye’s personal style choices — for themselves and North — FN has compiled some shoe options for baby No. 2, whether it’s a boy or girl. Click through the gallery above to see all our selections. You can also check out our predictions for Kim Kardashian’s pregnancy heels, here.

And even though Adidas hasn’t made baby Yeezy Boosts yet, we thought these cute replica, crochet booties would be a perfect option for the newborn.