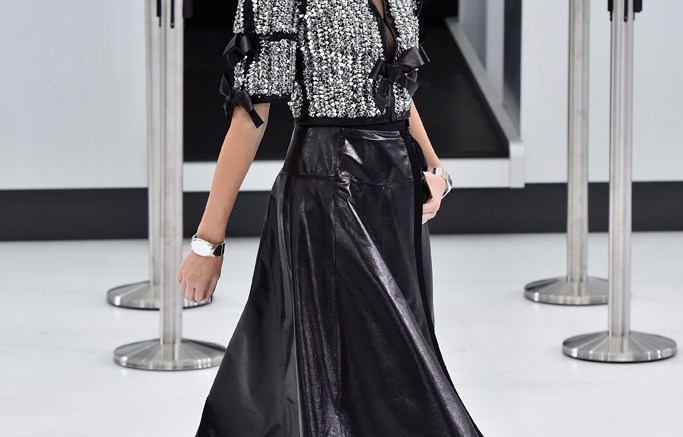 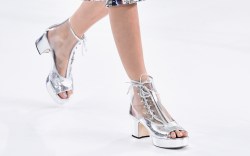 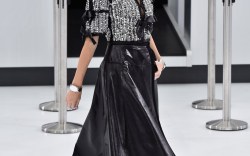 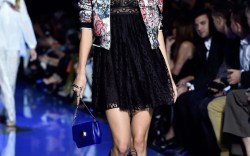 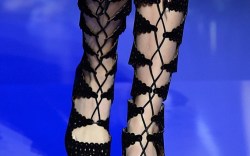 Kendall Jenner has wrapped up a very busy Fashion Month after walking in shows in both New York and Paris. Jenner took New York Fashion Week by storm, modeling in a handful of shows and making time to take in Kanye West’s Yeezy Season 2 show.

After skipping London and Milan, Jenner arrived in Paris in high style. She posted an Instagram photo when she arrived in Paris, wearing the same revealing outfit she was seen wearing at the airport.

Jenner kicked off her time in Paris like only she could: she showed up at a party with Gigi Hadid and Balmain Creative Director Olivier Rousteing wearing a Balmain spring ’16 look before it hit the runway. After that it was back to back shows, from Balmain to Elie Saab to Chanel. Shoe highlights included knee-high lace-up sandals at Elie Saab and and metallic silver and clear block heel sandals at Chanel.

Click through the gallery to see more of Jenner’s runway shoe looks.