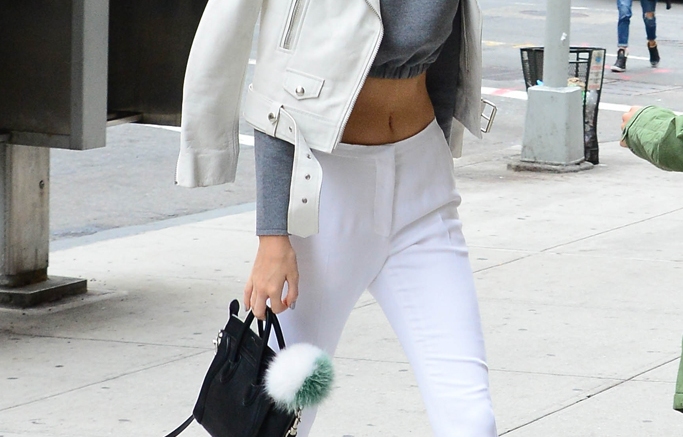 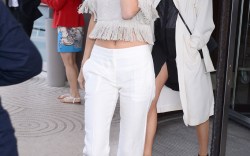 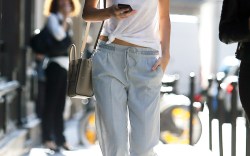 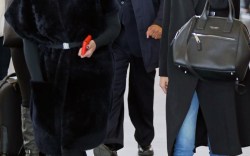 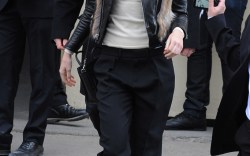 Kendall Jenner was out and about in New York City on Tuesday sporting Miu Miu metal cap-toe Skate shoes.

This isn’t the first time the model has worn the white kicks. During the Cannes Film Festival, Jenner was seen in a similar ensemble while wearing her go-to Miu Miu slip-ons.

She also wore the shoes during an outing with Scott Disick, and in 2014 at Paris Fashion Week.

Jenner joined friends Hailey Baldwin and Jaden Smith for a day in NYC. The crew made a pit stop at the Nike store, where Baldwin and Jenner were seen trying on Nike sneakers.

When Jenner is off the catwalk, she often opts for a white sneaker. Whether she’s rocking Adidas Superstars or Stan Smiths, take a peek at her latest looks in the gallery.

Besides walking the runways for Chanel, Marc Jacobs, Givenchy, Tommy Hilfiger, Balmain, Alexander Wang and Michael Kors, Jenner is currently the face of Calvin Klein Jeans. She also just launched her collection at Topshop with sister Kylie Jenner this June.

What You Need to Know About Nike’s New Sneaker Raffles