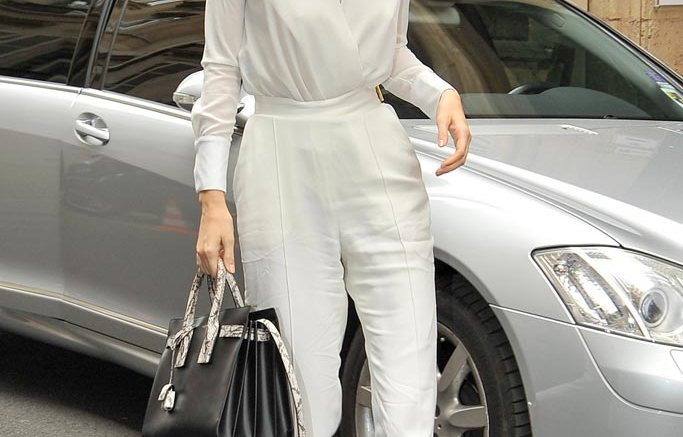 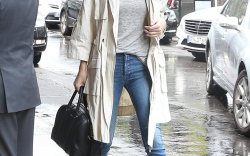 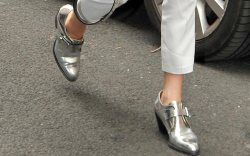 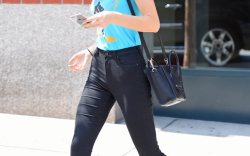 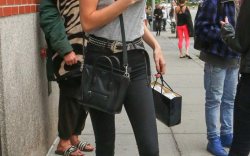 For Kendall Jenner, it’s the middle of couture week in Paris, but she doesn’t seem to realize it’s the steamy middle of summer. The in-demand model has been spotted from New York to London not in this season’s hottest sandal trends, such as gladiators or flatforms, but in boots and booties.

During couture week in Paris, Jenner was seen twice in metallic Barbara Bui Mirror Leather Derbys. On a rainy day, she paired the booties with cropped jeans and a cream anorak for a quick run to Chanel’s showroom. She also wore the style with a white jumper and a Saint Laurent carryall.

Back in New York, Jenner seemed to favor the Western trend, wearing Saint Laurent black Duckies 30 Western boots twice. She amped up the look with a Western-style belt.

Last month, on a trip to London, Jenner brought her Saint Laurent Santiag 40 Western boots in high-shine black leather. She wore them during her flight to London and for a night on the town with friends Gigi Hadid and Joe Jonas, demonstrating the versatility of the style.

Jenner doesn’t seem to be opposed to practicality, either. She was spotted with friend and fellow model Cara Delevingne in London wearing Hunter Original Tall rainboots in black to watch Ellie Goulding and Taylor Swift perform in Hyde Park.

Click through the gallery to explore Jenner’s best boot and bootie looks.