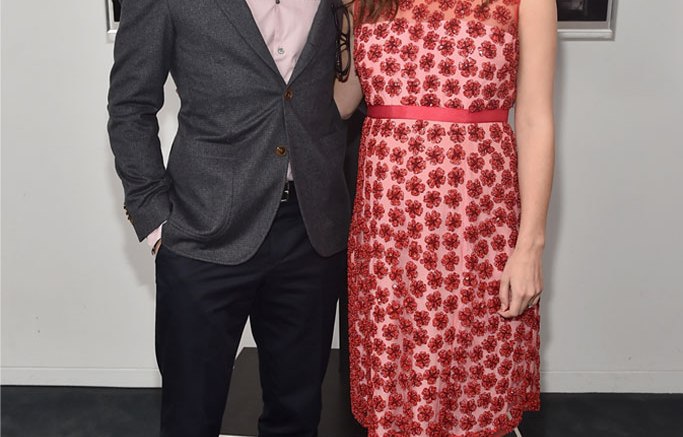 Keira Knightley continues to have one of the boldest and most fashionable pregnancies we can remember.

The actress stepped out on Sunday in a pair of velvet pink Manolo Blahnik pumps for Alexander Lewis, which paired nicely with her custom red dress, also by Lewis.

The actress was on hand with “The Imitation Game” co-star Benedict Cumberbatch for a New York Times Times Talks in Los Angeles. She covered a lot of ground in the chat, from her early experiences as an actress to preparing for her roles.

Knightley must have loved the ensemble so much that she rewore it on “The Ellen DeGeneres Show.” There, she told DeGeneres she is eager to have her baby — and also very much looking forward to being able to enjoy a margarita again.

“My husband is having a great time. I’m eating for two, and he’s drinking for two,” she laughed.

Knightley has a big week ahead, with the upcoming Oscars on Sunday. She’s nominated for Best Supporting Actress for her role as code breaker Joan Clarke, alongside Cumberbatch.

In the past couple of months, the actress has experimented with her wardrobe — sometimes, more successfully than others. She wore Tabitha Simmons metallic heels and Dolce & Gabanna to the premiere of “Imitation Game,” but her Golden Globes outfit was a not-altogether-flattering Chanel ensemble that had viewers talking for all the wrong reasons.

With such attention on the star and her fashion evolution from teenager to mom-to-be, we are eager to see what she opts for on Sunday’s Oscars red carpet. With her unique choices, Knightley’s head-to-toe look is certain to be a surprise.