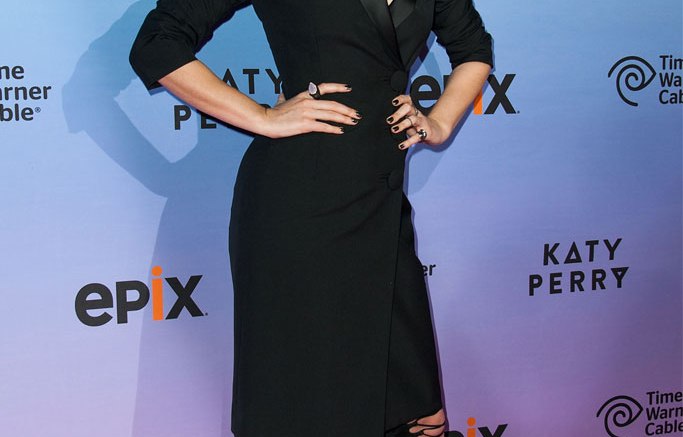 If there’s one star who always manages to intrigue the public, it’s Katy Perry. Usually her outfits border on costume, so it was a pleasant surprise to see her opt for a more classic look on the red carpet last night.

That was just one of most recent sightings of straight-from-the-runway shoes on celebs.

Rihanna was spotted in February wearing Alexander Wang’s intense lug-soled platform boots while out and about in New York. Just a few weeks later, Madonna was also seen in Wang’s boots, while Lady Gaga wore a new Balenciaga style just hours after the show.

Perry joins those ranks with her Valli boots, which were one of FN’s statement-shoe picks from the fashion month.

Other notable runway-to-reality moments this season included Sienna Miller at the Oscars in a new Oscar de la Renta gown, and Emma Stone at the Vanity Fair Oscar Party in fall ’15 collection Altuzarra.