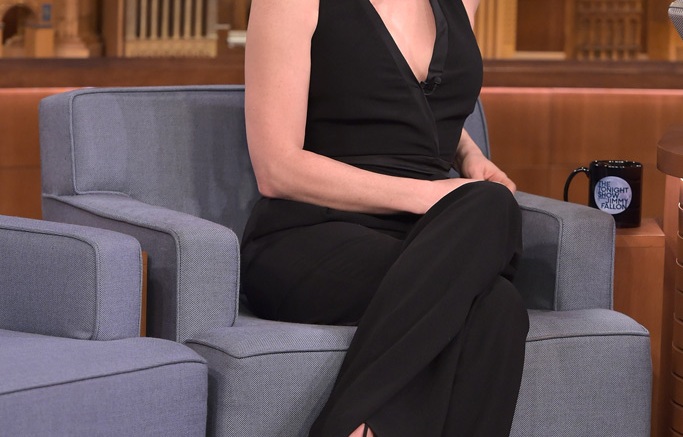 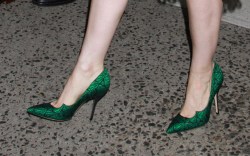 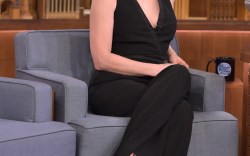 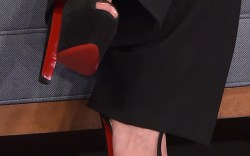 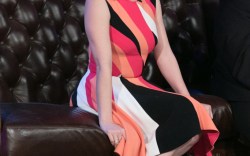 It’s fitting, then, that during several of her appearances and spottings she’s been wearing a Louboutin red sole. On “The Tonight Show Starring Jimmy Fallon,” Chastain promoted the film while wearing sky-high peep-toe platforms by the designer.

At an event at Bergdorf Goodman, where the retailer debuted themed windows for the film, she donned a similar strappy style.

The actress also made a statement earlier in the week, stepping out in Paul Andrew‘s jeweled emerald Zenadia pumps. And for  Telemundo broadcast interview, Chastain was playful in color-blocked wedges.

During an appearance on “The Today Show,” she paired her teal dress with strappy block-heel sandals featuring teal feather details.

Click through the gallery for a close-up look at Chastain’s standout press tour style.

Fergie: 5 Things You Didn’t Know About The Designer

Celebrity Statement Shoes: The Standout Picks of the Day