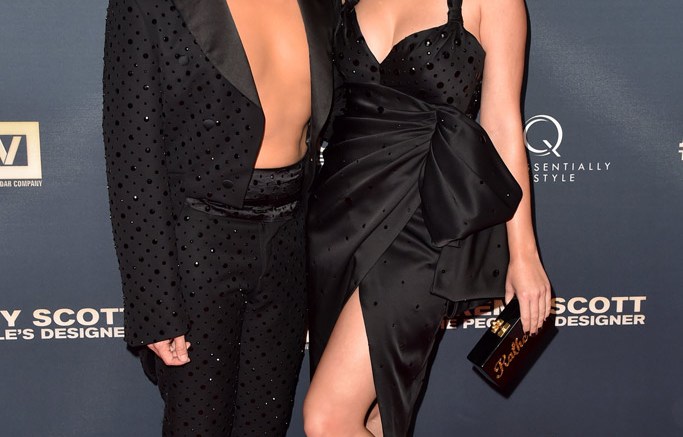 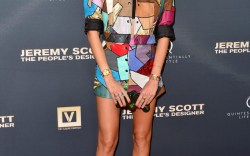 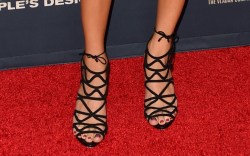 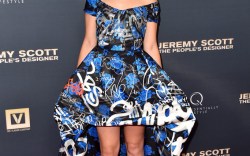 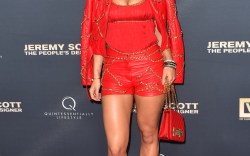 Jeremy Scott has been all over the fashion headlines lately. Last month, he played a major role at the MTV Video Music Awards with his redesign of the Moon Man award and his wild creations for Miley Cyrus. He’s also set to design Madonna’s costumes for her Rebel Heart tour which kicks off tonight in Montreal.

On Tuesday night, Scott premiered “Jeremy Scott: The People’s Designer,” a documentary which tracks Scott from his roots in Missouri to his role as creative director at Moschino.

The film was directed by Vlad Yudin and produced by Matt Karp, who also produced “Valentino: The Last Emperor.”

At the premiere at Hollywood’s TCL Chinese Theatre, Scott and friend Katy Perry both partook in the theatre’s long tradition in which stars make their handprint in concrete outside the theatre. Scott is the first designer to leave his handprint there.

STILL CAN'T BELIVE THIS HAPPENED TONIGHT !!! TO BE THE ONLY DESIGNER IN HISTORY TO LEAVE THEIR HAND PRINTS IN THE ICONIC COLLECTION OF STARS @chinesetheatres !!! #DREAM #COME #TRUE !!!

Click through the gallery to see more looks from the red carpet.