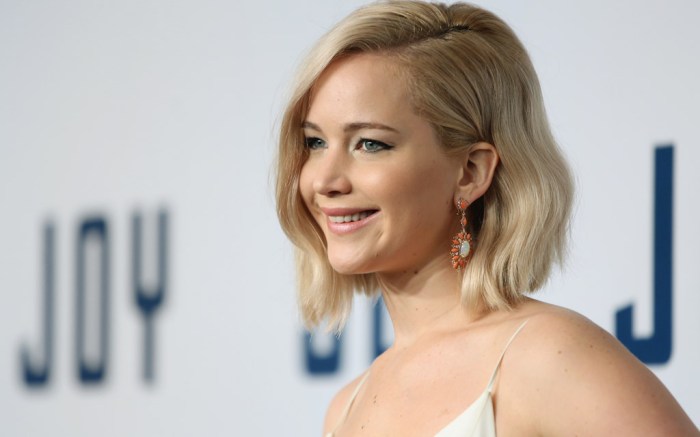 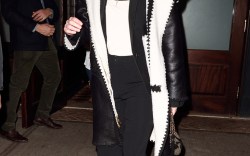 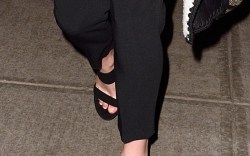 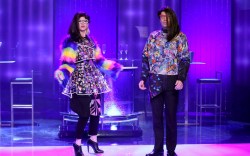 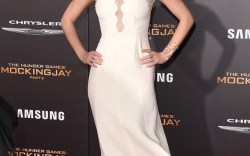 Jennifer Lawrence just closed the chapter on “The Hunger Games” franchise, and for the past month she has been turning heads with her stunning red carpet choices.

The actress continued to wow as she moved on from her “Mockingjay — Part 2” press tour to her newest film, “Joy.” Lawrence attended the New York premiere on Sunday night in a Christian Dior Couture silk evening gown paired with Jimmy Choo Dory sandals.

The film, directed by David O. Russell, follows the true story and journey of a struggling single mom and inventor of the Miracle Mop, Joy Mangano, played by Lawrence. Lawrence has already received a Golden Globes nomination for her performance, joining friend Amy Schumer in the category Best Performance by an Actress in a Motion Picture — Comedy or Musical.

The actress attended her last premiere for “The Hunger Games” in Madrid in a one-of-a-kind Ralph Lauren Collection dress and Roger Vivier Pilgrim Plume and Ondulation sandals.

The actress had a slight stumble at the Madrid premiere, which once again made headlines. She then appeared on “The Tonight Show” — wearing Christian Louboutin Carapachoc booties featuring gold studs — and talked her recent red carpet falls. “I fell in every single city on the press tour,” she told Fallon. “I fell around the world.”

To see more of her top shoe moments, click through the gallery.