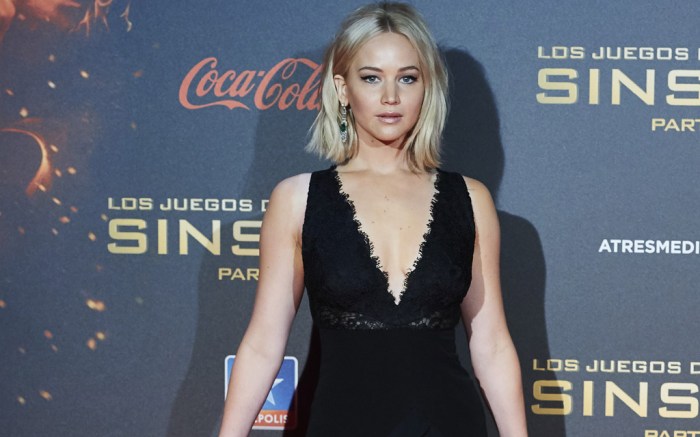 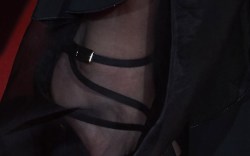 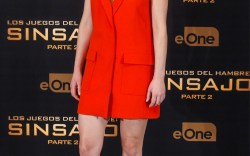 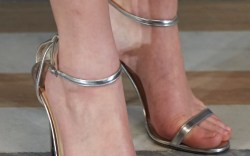 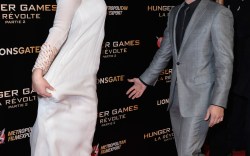 Jennifer Lawrence is on her global press tour to promote the final installment of the “The Hunger Games.” So far, the actress has been to Madrid, Paris, London and Berlin, continuing to make headlines with her red carpet antics and head-turning fashion choices.

Lawrence kicked off the tour in Berlin for the official world premiere of “The Hunger Games: Mockingjay — Part 2” in a plunging Christian Dior Haute Couture gown. She proved to still be her animated self on the red carpet as she posed and laughed for photos.

Next up, Lawrence hit London for the U.K. premiere wearing another Dior gown. As she made her way down the carpet, the actress made a pit stop to greet co-star Natalie Dormer and accidentally kissed her. After realizing the two had locked lips, Lawrence laughed, “We just kissed on camera, and I liked it.”

While in Paris, Lawrence stepped up her shoe game, first donning a pair of Dolce & Gabbana lace booties at a “Mockingjay — Part 2” photocall. She was later spotted in Sophia Webster’s Rosalind Crystal Rose sandals for the premiere.

More standout shoes came out in Madrid. Lawrence was seen in the classic Jimmy Choo Minny sandals, as well as Roger Vivier Pilgrim Plume and Ondulation sandals. She reportedly took another of her well-known stumbles, falling over the train of her one-of-a-kind Ralph Lauren Collection dress and Roger Vivier heels.

Click through the gallery below to see the rest of JLaw’s press tour shoe style.