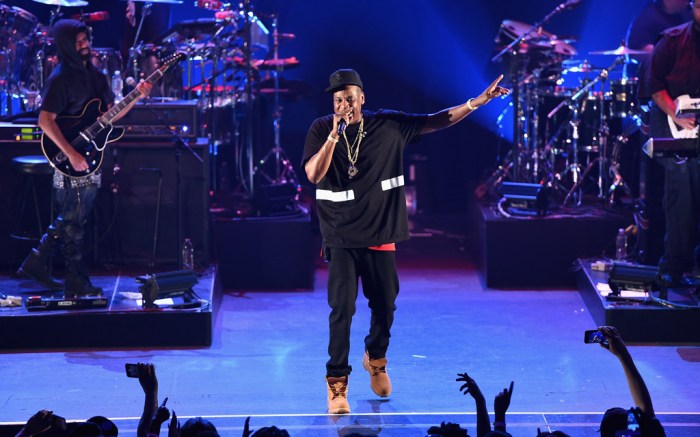 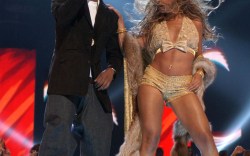 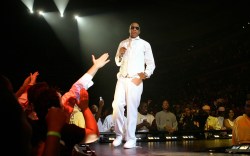 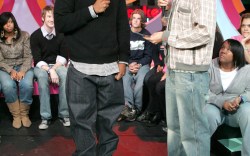 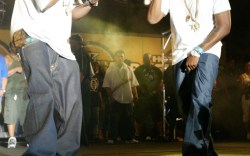 Jay Z turns 46 today, and in honor of his big day, Footwear News is taking a look back at his on-stage shoe style evolution since his early years.

In the early 2000s, it was all about white Nike kicks for Jay Z. By the mid-2000s, he started wearing black Timberland 6-inch boots, as well as sneakers by Adidas, Y-3 and more. These days, it’s all about the classic Timberland 6-inch wheat boots, which he recently wore at the Tidal X concert at the Barclays Center in Brooklyn.

At the 2013 Grammy Awards, Jay Z made an exception to his stage uniform, opting for a tuxedo and patent leather shoes for his performance.

His wife, Beyoncé, is partial to Stuart Weitzman for her performances and Giuseppe Zanotti and Jimmy Choo for other engagements.

It looks like Jay Z is on some sort of vacation for his birthday. He posted a photo on Tiwtter of a lush mountain scene to thank his fans.

My view. Thank you everyone for the love. Humbled. pic.twitter.com/bC23Y464GV

Click through the gallery to see more of Jay-Z’s shoe evolution.

Kanye West Reveals Another Yeezy Shoe Is On The Way