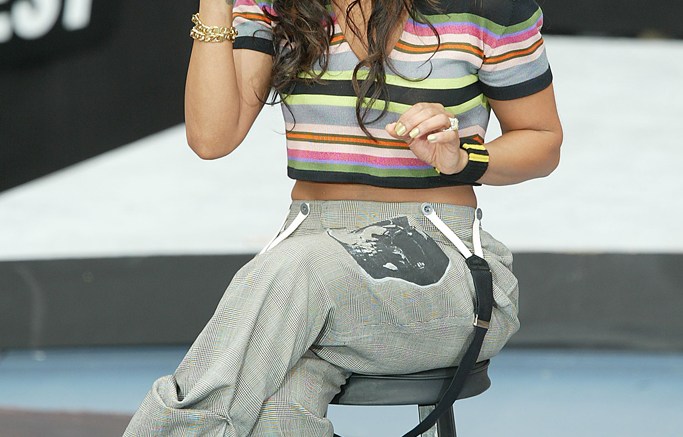 Janet Jackson has been out of the limelight for the past few years, but with the release of her new single and the announcement of a new world tour and album, she’s coming back in a major way. The entertainer will be making a public appearance this Sunday at the BET Awards to accept the inaugural Ultimate Icon: Music Dance Visual Award. In honor of the accolade, FN rounds up some of Jackson’s best style moments.

From her rare sightings at LAX in white high-tops to her 2002 pointed-toe pumps at a Vanity Fair Oscar party, where she famously showed off her abs, Jackson has had quite the shoe evolution. With her musical comeback just around the corner, we are just as excited to see her styles as we are to hear her sing again.

During Sunday night’s show, Ciara, Jason Derulo and Tinashe will perform a dance tribute in Jackson’s honor. And Jackson will perform her new single, “No Sleeep.” Jackson hasn’t hit the BET Awards stage since 2009, when she paid tribute to her brother Michael, who had died just three days prior.

Janet is the youngest member of the famous Jackson family, who turned into a superstar in her own right. Between “Rhythm Nation” and “Scream,” Jackson is known for her iconic style on stage and in her music videos. Beyoncé even copied Jackson’s “Rhythm Nation” look last Halloween.

Check out Janet Jackson’s shoe moments in the gallery below, and take a look at memorable shoe moments from the BET Awards from years past.