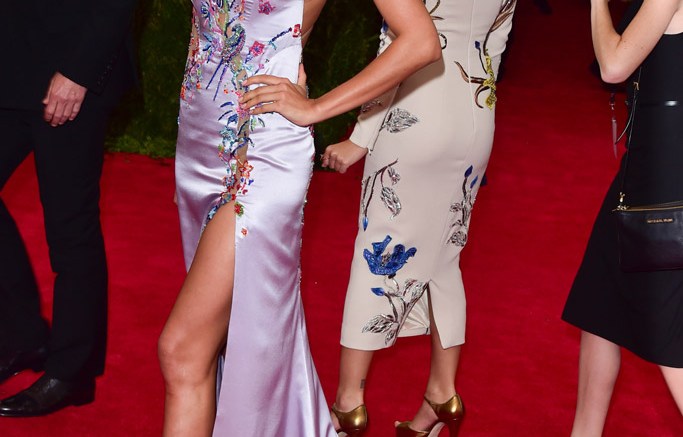 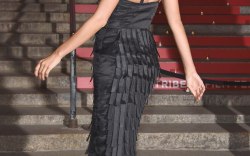 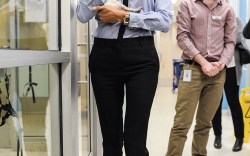 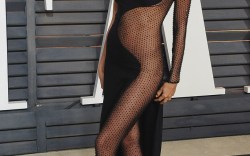 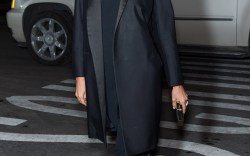 Russian model Irina Shayk has been setting the Internet ablaze this week, thanks to a photo that surfaced showing her locking lips with new beau Bradley Cooper.

The handsome pair were snapped on Sunday night while out on the town in New York, after seeing a Broadway production of “Hamilton.” (The theater is obviously a favorite activity for the new couple, who were first spotted together in late April at a showing of “Finding Neverland.”)

But that was just the beginning of Shayk’s busy week. On Monday night, she wowed on the velvet-covered steps of the Metropolitan Museum for the Costume Institute Gala, wearing a satin embroidered Atelier Versace gown with matching satin Versace platform sandals. Later she joined Cooper at Rihanna’s super-A-list afterparty at Up & Down in the West Village.

So who is this charming beauty, and what can we learn about her from her red-carpet looks?

The former girlfriend of soccer star Cristiano Ronaldo is a regular in the Sport Illustration Swimsuit Issue, has walked the catwalk for Victoria’s Secret and serves as an ambassador of Avon cosmetics. Also an aspiring actress, Shayk scored her first big starring role last year opposite Dwayne “The Rock” Johnson, portraying his wife in “Hercules.”

Since splitting with her ex in January, the model has been building up her public profile with several appearances for the launch of SI’s latest Swimsuit issue and for her charitable cause, the ASPCA. And at the Vanity Fair Oscar Party in February she gave the world an eyeful in another Atelier Versace stunner.

Typically, Shayk opts for classic pumps and sandals from luxury labels like Celine and Christian Louboutin, though she’s also been known to shake things up with wilder styles from Azzedine Alaia and Gucci.

And like all smart globe-trotting models-on-the-go, she recycles many of the standout looks from her closet, especially Prada’s suede platform ankle strap sandals, which she’s donned everywhere from Mexico City to London. But then again, wouldn’t you?

Click through the slideshow to see some of her best shoes.