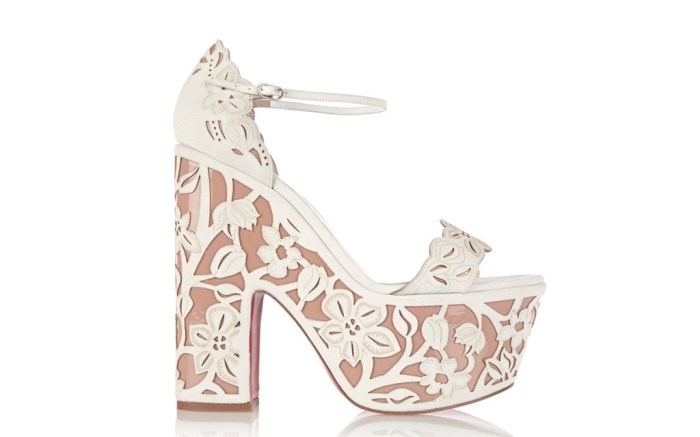 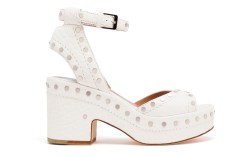 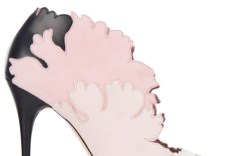 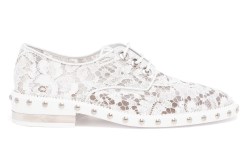 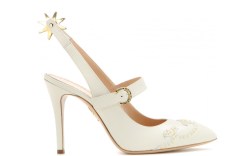 The only thing better than a celebrity wedding? Seeing what shoes the bride-to-be will wear on her big day. With the latest news of Iggy Azalea’s engagement to NBA player Nick Young, our shoe imaginations ran especially wild.

Iggy broke the news earlier today, Instramming the caption, “#Isaidyes.” Since she’s known for her cool sneaker style and flashy footwear choices, though, we don’t see her going the traditional route for her wedding shoes. We see her sticking to a classic white, but with an artful design that’s bound to set her apart.

Our first pick? Christian Louboutin’s extra-thick platform, which features a floral design on the sole with a patent leather underlay. The style is the perfect combination of traditional and modern, which would suit Iggy’s unconventional style.

Givenchy’s lace flat could also be an unexpected choice for Iggy — the pop star loves her sneakers and flats, after all.

Alaia and Laurence Dacade’s sandal styles also remain wedding-appropriate while still feeling modern, with details like laser-cutting and metal embellishments. Charlotte Olympia’s spur heels are more of a subtle design flourish but would indeed make for an eye-catching shoe for the walk down the aisle.

For more Iggy-inspired wedding heels, click through the gallery.