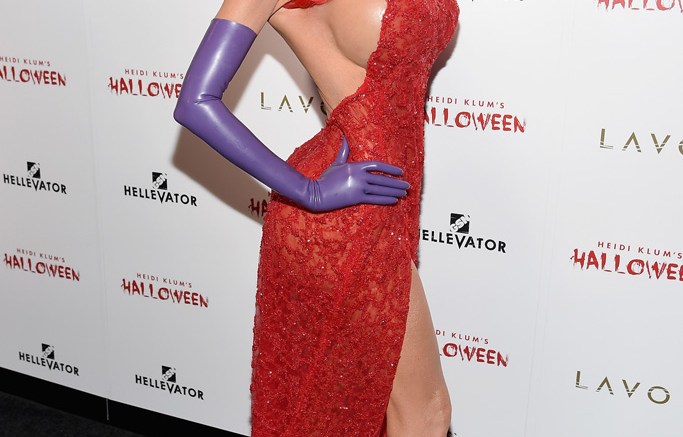 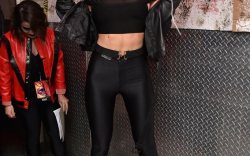 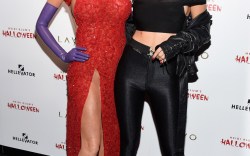 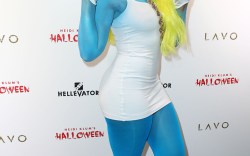 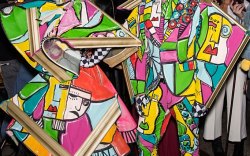 Klum, of course, was the star of the show. She underwent major hair and makeup to transform into cartoon character Jessica Rabbit. By the time her team was through, Klum was unrecognizable. She donned a revealing custom gown by Christian Siriano and added Christian Louboutin Barbara pumps to top off her look.

Siriano attended the party with his partner, Brad Walsh, both in elaborate costumes — the two were dressed as living Pablo Picasso paintings. Walsh wore abstract-printed Vans sneakers with his ensemble.

Street Art! 🎨🎨🎨🎨 Hope everyone had a great Halloween!

June Ambrose completed her super-luxe Chinese Empress look with thigh-high gold Tom Ford boots that could just as easily be worn for a red carpet appearance or, as Kylie Jenner did, out for a casual lunch. Emily Ratajkowski wore red strappy platform sandals for her Marge Simpson costume.

Click through the gallery to see more looks from the party.

Christian Siriano: 5 Things You Didn’t Know About The Designer