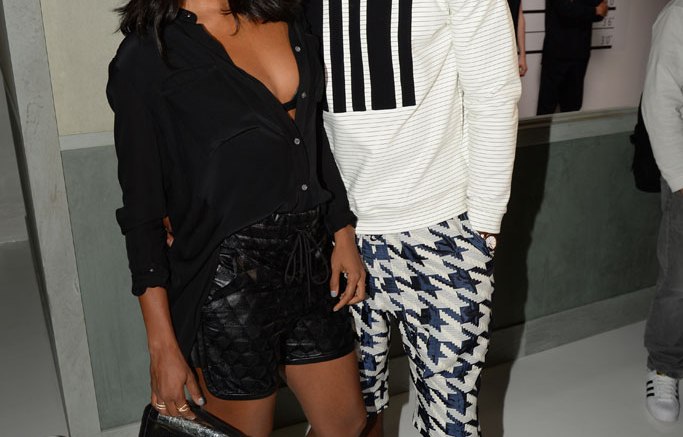 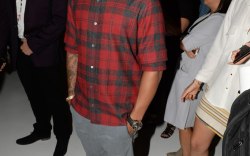 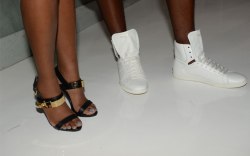 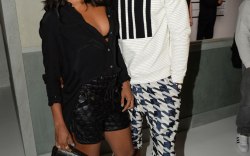 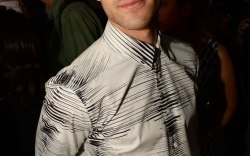 Designers Maxwell Osborne and Dao-Yi Chow presented their collection as a police lineup.

Besides models Tyson Beckford and Waris Ahluwalia, entertainment stars were out in full force. Gabrielle Union stepped out in a standout pair of Giuseppe Zanotti heels, accompanied by longtime boyfriend and NBA star Dwyane Wade in a pair of Saint Laurent sneakers.

FN also spied other sports stars at the presentation, including NBA players Rudy Gay of the Sacremento Kings and Mike Conley of the Memphis Grizzlies, along with Formula One racer Lewis Hamilton.

Joe Jonas and Darren Criss were also in attendance, as were fashion-industry supporters, including Jenna Lyons of J.Crew.

It’s been a big year for Public School. Since winning the Vogue Fashion Fund in 2013, Osborne and Chow have presented their first women’s line, expanded their footwear offering and were named the new creative team behind DKNY.

Footwear News is keeping close track of the stars and their shoes in the front rows of this first-ever New York Men’s Fashion Week.

Click through to see front-row highlights from the first two days of the show — and stand by as we bring you the best designer shoes and celebrity looks from the collections.