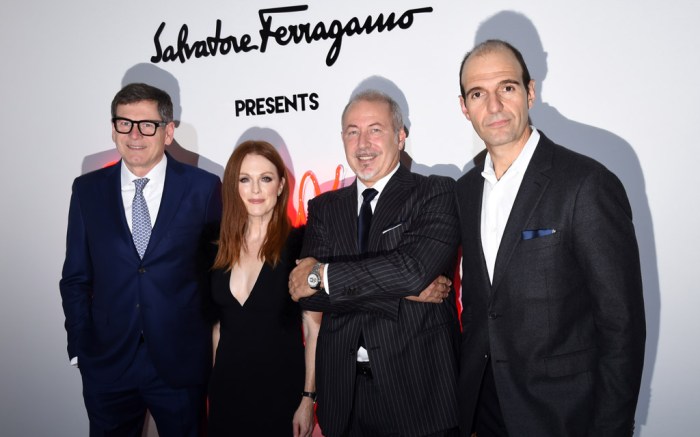 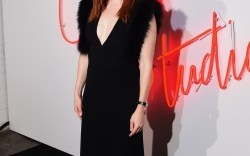 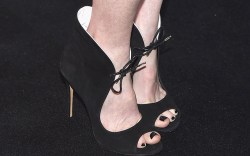 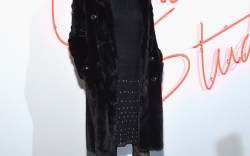 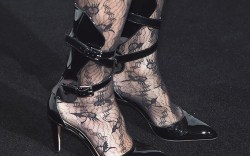 Oscar winner Julianne Moore was among the star-studded crowd, wearing a Ferragmo dress and black ankle-tie peep-toe booties for the occasion.

Actress Michelle Monaghan also made an appearance in Ferragamo.

In September, the luxury label hosted a group of celebrities and fashion industry heavyweights to celebrate the anniversary as well as the opening of its new flagship on Beverly Hills’ Rodeo Drive. The unveiling of the new concept, inspired by Salvatore’s years of innovation in California, marked a return to Hollywood 100 years in the making.

Aquazurra designer Edgardo Osorio — who just took home Designer of the Year at the 2015 FN Achievement Awards — showed his support for the 100th anniversary. Osorio recently teamed with Ferragamo to launch a footwear capsule collection inspired by Salvatore Ferragamo’s iconic models. The capsule included 12 styles featuring a combination of materials, including patent leather, suede, napa and cork, and embellished with bows, lace, wings, stones and feathers.

To see who else attended Ferragamo’s NYC event, click through the gallery below.