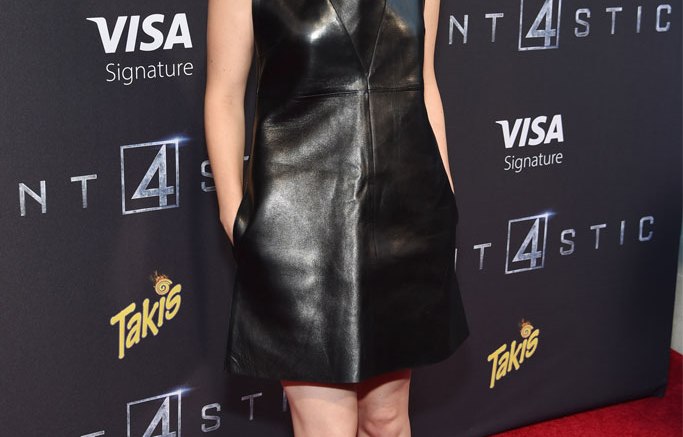 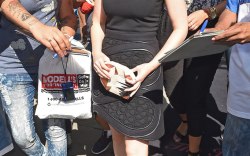 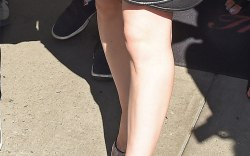 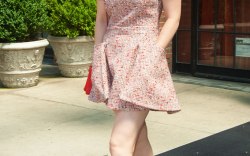 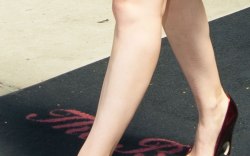 Kate Mara is out and about on the press circuit for her summer blockbuster “Fantastic Four” and raising quite the buzz with her standout shoe style.

The actress, who plays Susan Storm in the film, has been spotted everywhere in New York this week: from the Apple store to the Today Show.

And for each appearance, the actress has been trying her hand at designers from Dior and Jimmy Choo, Stuart Weitzman and Giambattista Valli.

Mara’s stylist Johnny Wujek (who also styles Katy Perry and Amber Heard) has outfitted the actress in some very leggy looks and topped off the outfits with standout heels.

Mara was seen in a pair of Sophia Webster’s Coco Flamingo pumps in pink, which Cara Delevingne also donned for her Paper Towns press tour. Another key style for Mara has been a patent pair of burgundy heels by Dior, which she’s tried out twice.

The star’s recycling of her shoe styles happens to be one trend we’ve noticed on Mara this past week. The actress has been spotted re-wearing her Dior and Sophia Webster heels, as well as a pair of trusty Vans, throughout the tour. We for one agree with her decision, since statement heels definitely deserve more than one go-around.