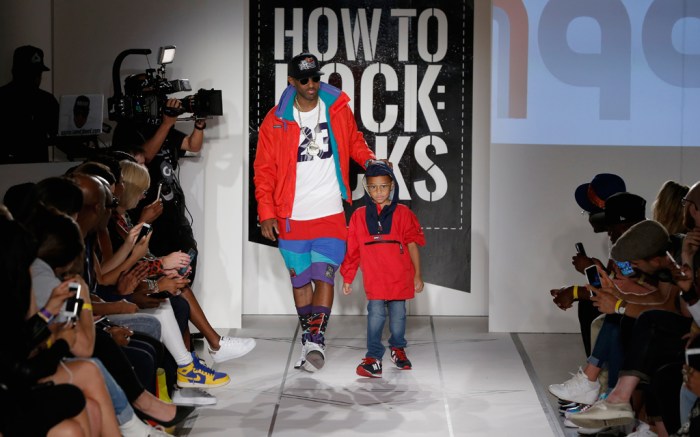 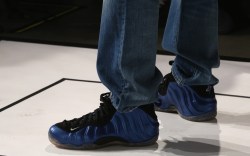 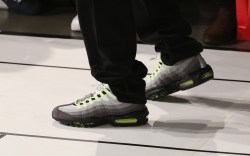 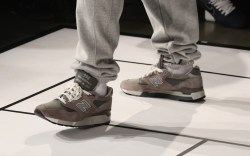 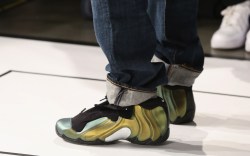 Rappers Fabolous and Pusha T were just two of the celebrities invited to curate their own fashion show based around sneakers at BET Digital’s first “How To Rock Kicks” event at NYC’s Milk Studios on Thursday night.  The event was meant to spark a conversation surrounding hip hop and sneaker culture.

Fabolous opened the show with his curation, and brought us back in time to the 90s. Fabolous featured throwback looks including velour track suits, retro Tommy Hilfiger styles, baggy jeans, jerseys and sneakers from Reebok, Nike, Fila, New Balance and Air Jordan.

Hosts Diggy Simmons and Tracy G spoke to each of the fashion curators about their inspiration behind the looks throughout the night. For Fabolous, he looks for diversity and comfort when it comes to his personal sneaker style. “I’m getting a little older so I like my shoes to be comfortable,” he laughed. “I like certain colorways so I always looks for that.”

Actor and rapper Mack Wilds made a surprise appearance as one the models during the event. On his sneaker inspiration: “I hate to say this, but I was inspired by the [neighborhood] drug dealer. The stuff that he used to wear and the sneakers he would get…” Now, his first choice when it comes to kicks are the Jordan 3 Cements.

Pusha T described his presentation with the words comfort, leisure and couture. During his fashion show, his Adidas King Push x EQT Running Guidance 93 sneakers were put on display.

When asked how his sneaker closet compares to Nick Cannon and Chris Brown’s, Pusha T said,  “I think my sneaker game holds up. It’s something that I care about.”

Music video director, artist and designer, Vashtie, also had a stand out presentation featuring her collection with Puma. She said, “The first collection [with Puma] was unisex. This collection was delving into all the women that inspired me — from Patti Smith to Lauryn Hill, Neneh Cherry, just some 90s babes.”

To see more of the hottest kicks of the night, click through the gallery.