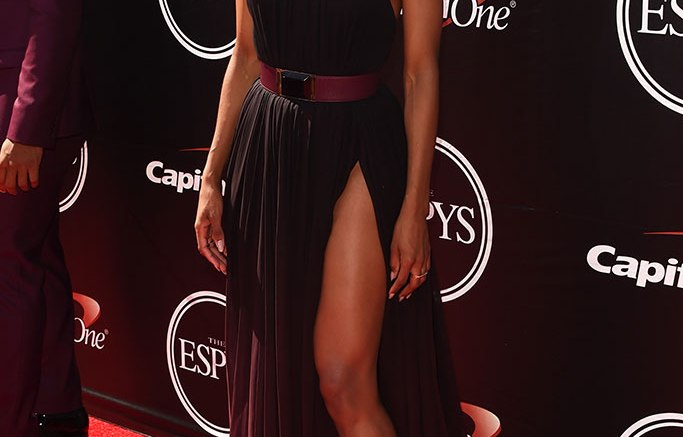 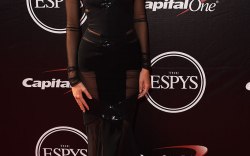 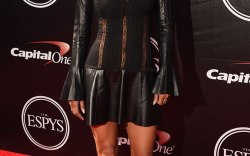 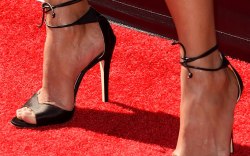 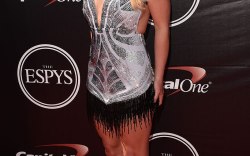 The 2015 ESPY Awards kicks off Wednesday night in Los Angeles and is hosted by Joel McHale.

It’s no surprise Lebron James and Stephen Curry are both up for Best Male Athlete. James took home the title in 2013, while Kevin Durant won the award in 2014.  Even though Curry was awarded this year’s 2015 NBA MVP, and  led the Golden State Warriors to a league-best 67-15 record and their first NBA Championship in 40 years, James was not far behind with his success, leading the NBA Finals in points, rebounds and assists.

Both superstars continued their healthy competition in an FN shoe-down during the NBA Finals in June. The Golden State Warriors guard hit the court in his signature shoe, the Curry One throughout the playoffs, while the Cavaliers forward made it to the finals in his LeBron 12.

For Best Female Athlete, Ronda Roussey will be in attendance to defend her title against Serena Williams, Uconn’s Breanna Stewart and Lindsey Vonn. Roussey caught up with FN to talk Reebok’s ZPump Fusion shoe. “I’ve had arthritis since I was 19 years old, so the only running I can do is uphill or on an elliptical,” said Rousey, the women’s bantamweight champion. “I just did some mountain training — ran up a mountain in them, and it was the first time in a long time that my knee didn’t swell up terribly afterward.”

In previous years, Drake and Justin Timberlake hosted the show bringing musical and comedic flare, while this year’s show will seem to have more serious offering. Caitlyn Jenner will receive the Arthur Ashe Courage Award, late basketball player Lauren Hill, who died from a rare form of cancer at 19, will be honored and Leah Still, daughter of Cincinnati Bengals player Devon Still, will receive the Jimmy V. Perseverance Award.

Click through the slideshow below for all the red carpet action and celebrity shoe style.