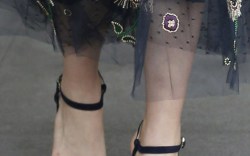 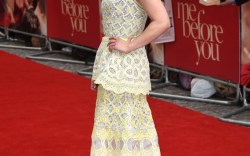 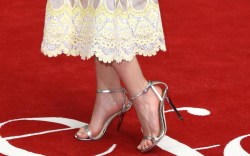 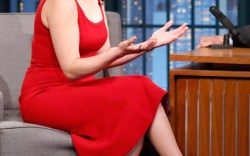 Emilia Clarke is Esquire‘s Sexiest Woman Alive for 2015. The actress, who is well-known for her role as Daenerys Targaryen in HBO’s “Game of Thrones,” posed topless for the magazine’s November cover. Inside the issue, Clarke posed for more revealing photos, making it hard to disagree with her new title.

The actress showed off her statement shoe style this summer as she toured the world promoting her first blockbuster film, “Terminator Genisys.” Clarke shined in silver Dior sandals at the movie’s Tokyo premiere and looked radiant in classic suede beige pumps at a photocall in France. In the film, Clarke played the iconic character Sarah Connor alongside Arnold Schwarzenegger, Jai Courtney and Jason Clarke.

In addition to being Esquire‘s Sexiest Woman Alive, Clarke had previously been named GQ‘s Woman of the Year at the magazine’s Men Of The Year Awards event in September. There, she wore Jimmy Choo ankle-strap Lucy pumps with her red Oscar de la Renta dress.

Check out more of the star’s best shoe looks in the gallery below.