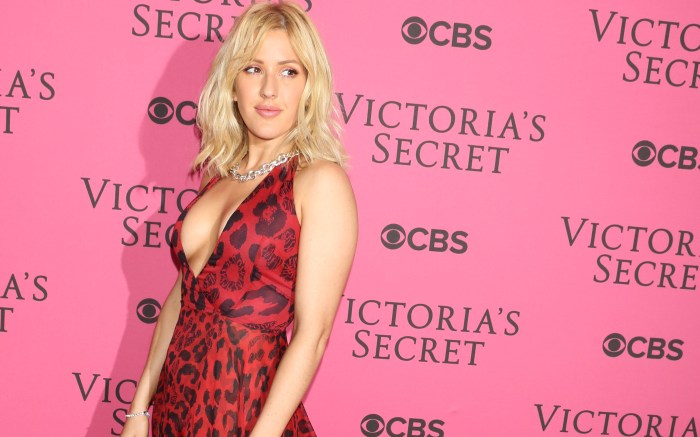 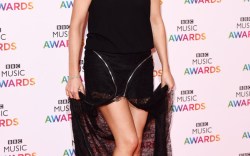 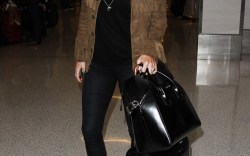 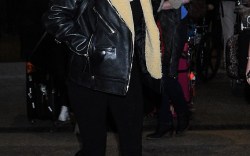 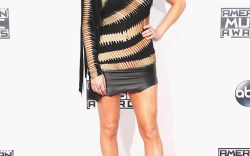 In honor of Ellie Goulding’s 28th birthday, FN takes a look back at some of the singer’s best shoe looks in 2015. From performing at the 2015 Victoria’s Secret Fashion show to the Met Gala, Goulding knows how to mix up her red carpet shoe looks.

The “Love Me Like You Do” singer is often seen in Dr. Martens whether she’s performing on stage or spotted at the airport. She is also a fan of sneakers including the Saint Laurent star print style.

One her best looks of the year came at the European Music Awards. Goulding hit the red carpet in pair of Sophia Webster Evangeline sandals with a statement butterfly on the the heel.

Another statement shoe look came on stage at the 2015 Victoria’s Secret Fashion Show. For her VS runway debut, Goulding opted for a pair of Alexandre Birman caged booties while she performed “Army” and “Love Me Like You Do.”

Goulding released her third studio album, “Delirium,” in November and includes the song, “Love Me Like You Do” from the Fifty Shades Of Grey soundtrack. The hit track also garnered Goulding a 2016 Grammy nod for Best Pop Solo Performance.

To see more of Goulding’s best shoe looks, click through the gallery below.