The Most Daring Celebrity Shoe Moments Of 2015 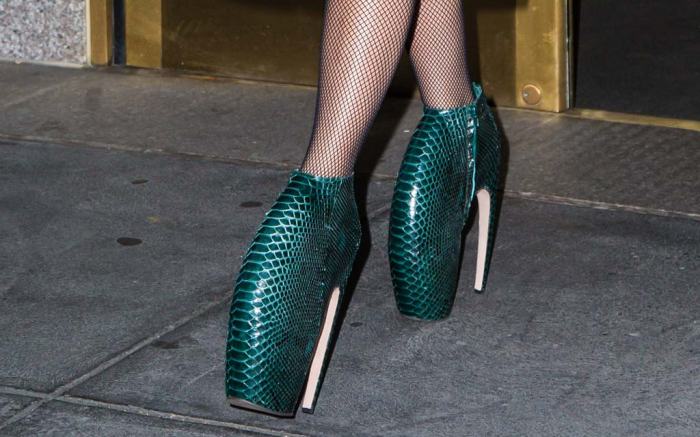 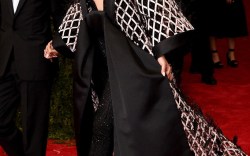 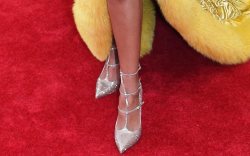 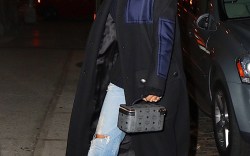 Whether it was a pair of Margiela fur mules or sky-high Brian Atwood heels, 2015 brought some of the most daring shoes to the red carpet and the stage. Lady Gaga and Rihanna were the usual celebs to take a risk when it came to dressing feet first, while Sofia Vergara and Beyoncé brought out some extreme platforms.

At the 2015 Met Gala, “China: Through the Looking Glass” was the theme and celebrities brought out their best costumes for one of fashion industry’s biggest nights of the year.

Lady Gaga made a statement in her trademark heel-less platforms, while Beyoncé wore a barely there dress with a pair of sky-high Givenchy platforms.

Gaga is an obvious choice when it comes to the most daring shoe looks of the year, partly because of her past shoe choices and because she’s mastered walking the streets of New York City in towering heels. This year, she was seen sporting Alexander McQueen Armadillo boots and excessively high Brian Atwood designed heels.

For Ariana Grande, her thigh-high Christian Louboutin boots may not have been a risk for some, but for her, these high-heeled boots caused for an on-stage tumble during her Honeymoon Tour when she decided to run up stairs in six-inch heels.  Plenty of other performers have faced similar mishaps, from Katy Perry and Madonna to Lil Wayne, Rihanna and even Beyoncé.

Last month, Rihanna pushed the envelope in a pair of Maison Margiela fur mules, as well as earlier in the year when she debuted her hit song “BBHMM” in green Versace boots at the iHeartRadioMusic Awards.

To see who else made the list of this year’s most daring shoes, click through the gallery below.