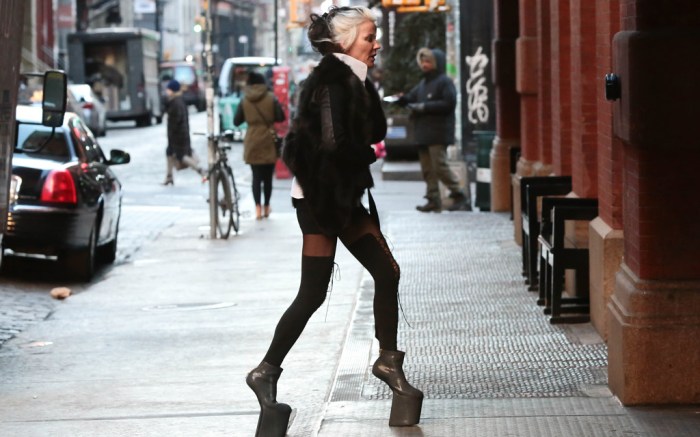 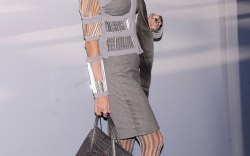 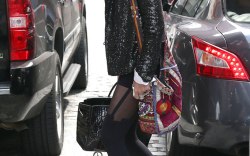 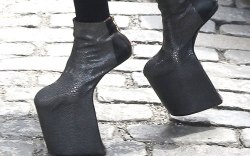 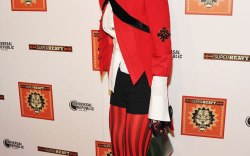 I like to imagine that I first met Daphne Guinness when I was a child. As the story goes, I was with my parents one day when they were stopped by a photographer on a photo shoot on the streets of London. I have no idea what I was wearing or why we were stopped, but as it turned out, the photographer asked if my parents would allow me to be in one of his shots.

They obliged. However once I caught a glimpse of the woman in front of the lens, I ran scared into my dad’s arms and refused to be involved. I’ve been told the exaggerated smokey eye makeup triggered it. In my defense, as a 3-year-old, I simply couldn’t appreciate the striking vision standing before me.

I never knew who the woman was, nor could my parents tell me. But I’ll never forget their description— striking, half-fashion, half-fantastical face of makeup and polished, two-toned Cruella de Vil-esque hair.

Granted, the age difference between Guinness and myself does not entirely support this theory — word has it she was still wearing Chanel suits in the late ’80s — yet I think it’s clear why she will continue to pop into my mind when I relive the story.

In the interest of full disclosure, I have always been in awe of Daphne Guinness. When you read interviews with her, her broad spectrum of knowledge from fashion to ancient history and everything in between is apparent. An eclectic fashion icon who has stayed true to her style, she’s often dismissive of the mainstream industry.

Heiress to the Guinness brewery family, muse to Steven Klein (and many more) and close friend of the late Lee Alexander McQueen, Guinness has been collecting fashion since long before I refused [apparently] to be photographed with her. And while I could write about Guinness for days — the films she has produced and edited, her music video directed by Nick Knight, her acting career, MAC make-up collaboration and, of course, the exhibition at New York’s Fashion Institute of Technology — I won’t. Each warrants coverage in its own right, as does her impressive personal fashion archive, including the entire wardrobe of her dear friend, the late Isabella Blow, which she purchased in 2010, three years after Blow’s death.

In 2012, the fashion muse did a serious wardrobe clean out – auctioning off 102 of her archive pieces in order to raise money for the Isabella Blow Foundation. It was there that Lady Gaga purchased one of Guinness’ Alexander McQueen gowns, once worn for a Harpers Bazaar shoot. Gaga reportedly paid 85,250 GBP, setting a new record for a McQueen item.

What I will focus on now are her shoes. Partly due to my own fascination (and appreciation) and partly because this is FN. Yes, I have been looking for an excuse to write about her shoes for some time now.

Whether attending the CFDA Awards, Paris Fashion Week or running errands in NYC, Guinness continues to do it all while wearing her trademark heel-less shoes, which simply defy gravity— and many of which are both designed by and custom-made for her.

Statement shoes have always been part of the Daphne Guinness we know. In 2009, she was the first to debut Alexander McQueen’s ‘armadillo’ shoes on the red carpet. The shoes (also seen in Lady Gaga’s “Bad Romance” video), which measure almost 12 inches from the floor to the ankle, were spotted on Guinness as she attended the Nars 15th anniversary party in NYC.

More recently Guinness was seen leaving the Mercer Hotel in NYC, again in heel-less, sky-high platform ankle boots (although i’m unsure if a heel-less shoe can be called a boot?) Proof, yet again, that the icon continues to be true to herself and own the style which she has become so known for.

For more of Guinness’ standout shoe looks, click through the slideshow below.