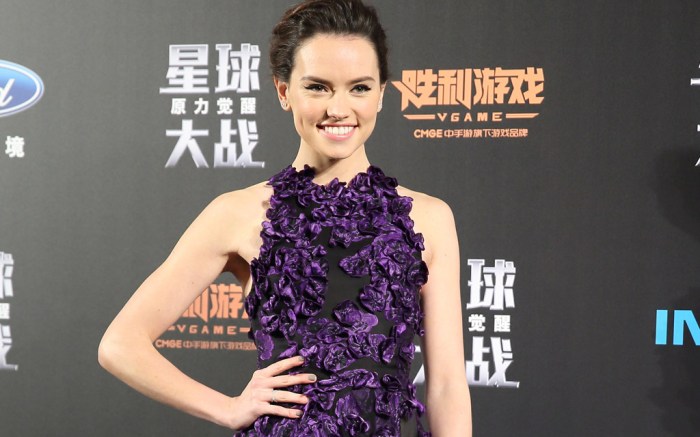 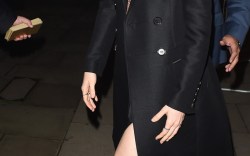 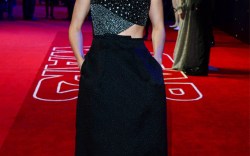 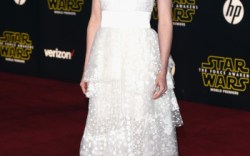 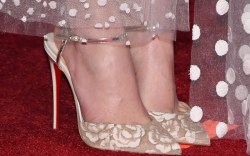 You probably haven’t heard Daisy Ridley’s name yet, but you will soon.

The latest actress to star in the “Star Wars” franchise — as the character “Rey” — has been out and about promoting the new film, “The Force Awakens.” While Ridley is a relatively unknown actress, we’re already putting her on our stylemakers-to-watch list for her approachable and easy looks. We bet as her press tour continues, her style hits will continue to evolve and change.

One of the things we love most about Ridley is that her looks are pretty easy for anyone to pull off. It’s nice to see a fresh face on the red carpet who keeps things uncomplicated.

For the Shanghai premiere of the movie, Ridley opted for Jimmy Choo’s Lucy pumps and a Jason Wu purple gown on the red carpet.

Ridley has been spotted out and about recently in a new favorite pair of heels by Jimmy Choo. The burgundy hued Lucy ankle-strap style is definitely a favorite of the actress, as she’s worn it on “The Tonight Show” and also for several press appearances in Seoul, South Korea.

Most recently, we spotted the actress wearing a pair of statement pumps on “Jimmy Kimmel Live” that caught our attention. The silver Art Deco pattern was a bolder one than we’ve seen from the actress. The shoes were a fun compliment to her racerback black dress.

We also know that Ridley favors a laceup sandal or standout cage bootie, which she’s worn several times on the press circuit. Among our favorites: A galactic blue pair that matched her blue dress at Comic Con to perfection. Normally, we’d say it was a safe route, but it worked.

Which style is your favorite? Is there a pair you’re hoping she breaks out for the premiere circuit?

See all her looks here:

‘Star Wars’ Debuts Trailer; Plus, Shoes To Wear At The Premiere