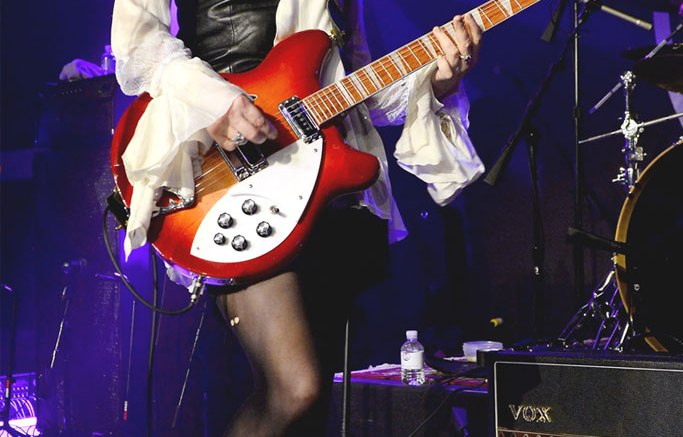 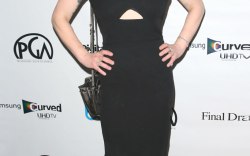 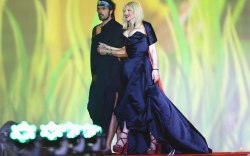 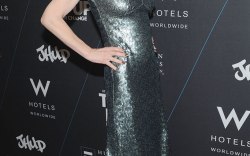 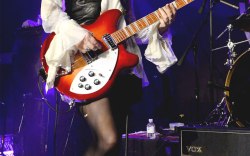 Fox’s “Empire” is one of the hottest–meaning highest-rated–shows on Wednesday nights. The buzzed-about drama, which airs on Fox, tells the tale of Empire Record company, which was built by Lucious Lyon (actor Terrence Howard) but financed by the drug profits of his just-released-from-prison ex-wife, Cookie (Taraji P. Henson), the show’s clear star. In Cookie’s path to establish herself as a serious partner in the business (and to antagonize Lucious’s fiancé, Anika) Cookie takes on a crew of misfit musicians as manager and does all she can to make them stars.

Cookie’s latest challenge on last night’s episode of “Empire” was Elle Dallas, better known as Courtney Love. The actress/rocker, who has spent the last several years on tour, gets to combine her two artistic passions in her new role as a washed up, drug addicted musician, who was once an artist on top at the label. Cookie, who says Elle’s music and angry lyrics helped her through her years in prison, wants to return the has-been singer to her throne as a kick-ass heroine in music.

Some may parallel parts of Elle’s life with Love’s, but the actress tells TVGuide.com, “I’m not playing myself.” She continued, “I’m 50 and this is a second shot at acting in general, and I’m so blessed. … I love [creator] Lee [Daniels] so much for giving me this part and letting me come back to something that’s juicy and really exciting.”

Though Love’s character on the show sold 150 million albums, the alternative rock singer says that’s an experience that is completely foreign to her. (Although as lead singer of Hole, her alternative rock band, the group went on to become the most commercially successful female-fronted rock band in history, selling more than three million records in the United States.) Over the years, Love has had a strained relationship with the media, but contends that a diva, she is not. So to tap into mega-star diva mode needed to play Elle, she drew on what she knew of high wattage stars like Mariah Carey, who she says she knows socially. Other women in music she used for inspiration for the role? Amy Winehouse, Whitney Houston and Stevie Nicks all proved to be strong reference points.

See a behind the scenes look at Love as Elle Dallas on the set of “Empire,” and check out some of the singer’s top shoe moments.