Whose Shoes? Which Star Stepped Out in Louis Vuitton Boots? 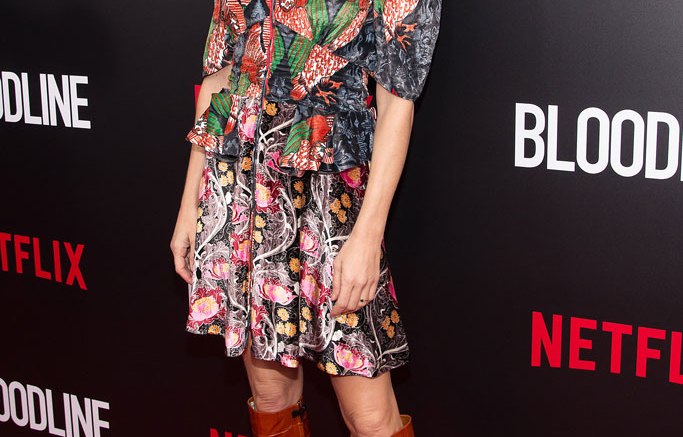 Despite the weather’s failure to cooperate with our new-season wardrobes, celebrities are wearing their favorite footwear finds — snow, sleet and hail be damned. It’s even better when the shoes are transitional styles that work for winter or spring.

Fashion plate Chloe Sevigny is the latest lady to wear Louis Vuitton’s boots (courtesy of the spring ’15 collection). Sevigny, who paired the rust-colored knee-highs with a printed frock from the same line, was in New York City for the premiere of Netflix’s new series, “Bloodline,” starring Sissy Spacek, Ben Mendelsohn and Kyle Chandler. The show focuses on a “close-knit family of four adult siblings whose secrets and scars are revealed when their black sheep brother returns home,” according to Variety.

Although the actress’ rising hemline was a questionable choice, there’s no doubting the star power of those boots. Jennifer Connelly, Miley Cyrus and Felicity Jones have all been spotted in footwear — and clothing — from the French fashion house’s spring lineup, designed by Nicolas Ghesquiere.

While leather was a prominent part of LV’s spring line (and most of the house’s lines, for that matter), FN is hoping to catch some stars experimenting with Ghequiere’s denim booties as well.

For fall ’15, Louis Vuitton showed sneaker silhouettes for men. No word yet on what’s in store for the women’s collection, but watch this space for more from Paris Fashion Week.