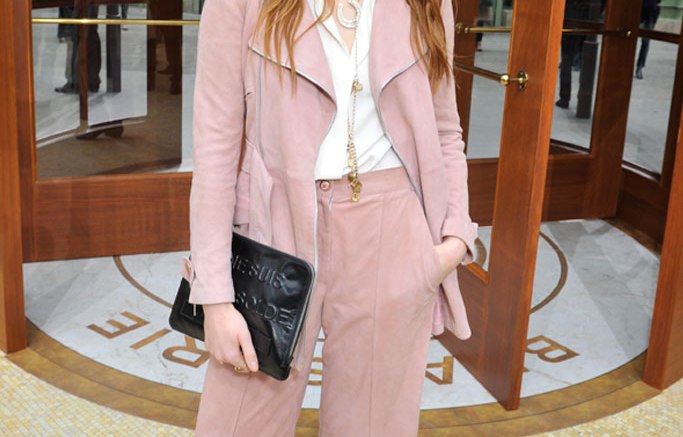 Everyone wants a reservation at the very stylish new spot, Brasserie Chanel. And fans of the fashion house were out in force for the fall ’15 show celebrating café culture.

From Poppy Delevinge, wearing strappy sandals, to Roger Vivier muse Inès de la Fressange, in black trousers and boots, all eyes were on the front row.

Style icon Lou Doillon sported ankle-strap flats. Per the classic Chanel dress code, there were plenty of tweed coats and skirts to be seen as well.

Other key sightings included Cara Delevingne and Kendall Jenner, who both walked at Chanel.

Later in the day, Valentino hosted its fall ’15 show with an equally star-studded front row. Rooney Mara turned out in the label’s iconic rock-stud heels.

The biggest stars of the show, though, were scene-stealers Ben Stiller and Owen Wilson as Zoolander and Hansel announcing the sequel “Zoolander 2.”

Lily Donaldson and Betty Catroux both opted for the brand’s bold, embellished gold jackets and boots.