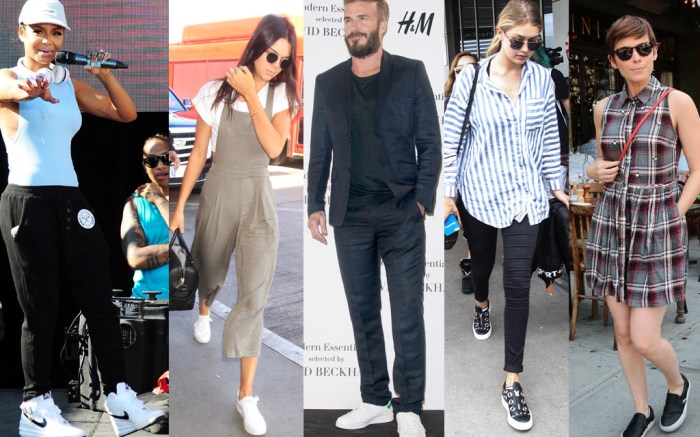 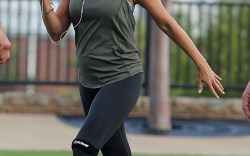 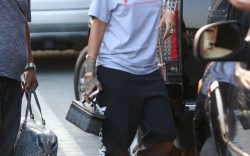 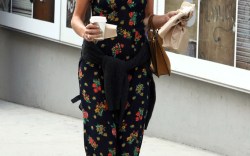 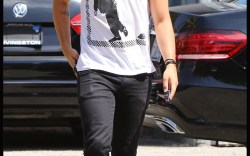 Nike, Adidas, Converse, Vans, Puma — you name it, the stars have been wearing it. From New York and Los Angeles to London, this summer could certainly be deemed the summer of the sneaker.

Pharrell and Adidas also recently launched the Superstar Supershell collection that features prints on the signature shell-toe created by international artists. No celeb sightings in these styles yet.

Adidas has also recently relaunched its Superstar campaign with the #OriginalSuperstar campaign starring Pharrell and his handpicked influencers. The brand says 2015 “marks the next chapter of the Superstar legacy with product drops and artist collaborations throughout the year.”

In what comes as no surprise, there have also been lots of celebrities spotted in Converse All Star sneakers. At the BET Awards in June, Vince Staples wore a pair of white Maison Margiela x Converse high-tops. In July, Nick Jonas wore a black leather pair. Even Beyoncé, who usually dons the likes of Giuseppe Zanotti, Givenchy and Christian Louboutin, was spotted several times in New York wearing Converse low-tops. Rapper Tyga, supermodel Amber Valletta and actress Ashley Benson have also worn pairs.

Last month, Footwear News reported on the new Converse Chuck II, which will surely be spotted on celebrities soon.

One can’t forget the Adidas Yeezy Boost 350 sneakers, which have been seen on Kendall and Kylie Jenner as well as Brooklyn Beckham and Justin Bieber.

Click through the slideshow to see more celeb sneaker looks and check back for daily updates.